The Beauty Spot: How to master the floating eyeliner look in three steps

Top tips for nailing the bold liner trend, as seen on the Spring Summer 2020 catwalks 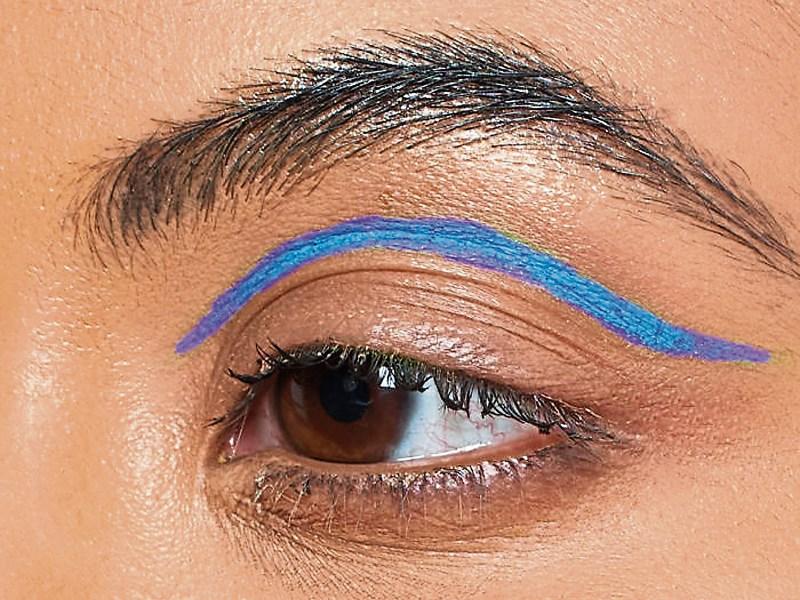 It was all about the eyes backstage at the spring/summer 2020 catwalk shows, and we saw the return of a retro liner technique made famous by a legendary British supermodel.

“The floating liner look originated from the beautiful and iconic Twiggy in the 1960s,” says celebrity make-up artist Summer Dyason on behalf of fashion and beauty discovery site Goxip, which reports searches for eyeliner are up 57% year-on-year.  “It has now been brought back this summer in a number of different and artistic ways.”

Hourglass cosmetics global director Marc Reagan, who counts Rosie Huntington-Whiteley among his A-list clientele, says the trend has been “pulsing in and out for a little while, but it has definitely gained a lot of visibility from the last runway season, as well as on social media.”

The most obvious Sixties homage at the SS20 shows was at Ralph & Russo, where models’ eyes were adorned with black floating liner and thick, Twiggy-style drawn-on lower lashes, while at Versace, neon pink and orange shades were used.

“We had a dreamy look created for the Anna Sui show, taking a wash of hot pink across the lid, but then a gorgeous precise white liner through the socket, which was breathtaking,” Dyason says.

Also known as ‘cut crease eyeliner’, it’s a look that “suits all eye shapes, as there are no rights and wrongs with it,” she adds.

All it takes is three simple steps and a bit of practise, then if you’re feeling adventurous, you can branch out from classic black to more adventurous colours, or combine a floating line and a feline flick to create an ultra-glam effect.

Here, our experts explain how to achieve the floating eyeliner look…

“First, you want to make sure to prep the eyes with an eye primer, so the liner stays in place,” says Reagan. “I love the Hourglass Veil Eye Primer. Then dust on a nude shade of eyeshadow to add subtle definition and dimension.”

Dyason says: “I like to use the MAC Paint Pot, which comes in many different colours, or Urban Decay’s Eyeshadow Primer Potion, and set with a translucent or neutral-coloured powder.”

“The great thing about this liner is that you can do it by looking directly into the mirror and keep your eyes open,” says Dyason.

“So keeping both eyes open, take an eye liner pencil of your choice and begin to follow the natural shape of your eye through the crease/socket line, using little sketching movements – do not worry if this is not a smooth line.

“Once you are happy with your line through the crease, extend the line slightly out toward the tip of brow, as you would a normal winged liner.

“Take an eyeliner brush – or a cotton bud will also do the trick – and buff along the pencil line to smooth out any jagged edges.”

Reagan says liquid liner will create the most intense definition, but “if you’re not as comfortable with jumping straight into a liner formula, I would recommend starting with a dark eyeshadow and outlining the placement of the liner just above the socket of the eye, so that it’s visible when the eye is open.”

“It is key to finish off the look with a lengthening mascara, such as the Hourglass Unlocked Instant Extensions Mascara,” says Reagan. “It will give you the most balanced look with the look of lash extensions and a defined, fanned out finish.”

“I love Too Faced Better Than Sex Mascara,” Dyason says. “If you’re feeling adventurous, why not add a strip lash to really draw attention and make your eyes pop?”