A day in the life: Participants write about optimism and despair during the lockdown 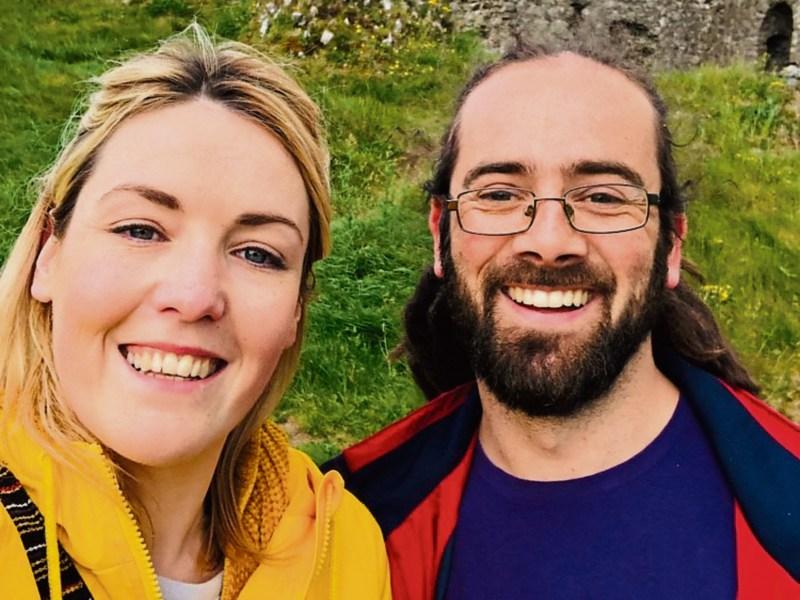 Claire Mooney and Greg Hallahan from Naas, who took part in the project

A unique project by Kildare County Council has captured the thoughts and feelings of people during the Covid-19 pandemic.

Kildare Arts Service encouraged participants to share their reflections, artwork, and stories in Lockdown Diary notebooks which will be digitised and become part of a permanent archive for the County Council.

Around 140 moleskin notebooks were delivered to homes throughout the county in March and people started recording their experiences.

“There was reference to sadness around older relatives in nursing homes, missing out on normal family celebrations for new babies and significant birthdays.

“Recurring themes were the comfort of having a pet, a renewed relationship with nature, gardening and family.

Funding was secured under Creative Ireland’s Positive Ageing and Creative Wellbeing Challenge Fund to create a documentary, with some of the older notebook participants, for online screening on Culture Night, September 18 , on the Kildare Arts Service social media channels.

Recording a selected number of participants on the film, in their own home, talking about their notebooks will add another layer to the project.

A total of seven participants have been selected from across the county.

Claire Mooney and Greg Hallahan from Naas, who took part in the project, said: “It helped us to create a routine of mindfulness and acted as a form of meditation”.

Lucina, who was the project curator/producer, is a member of the Creative Ireland team and has produced two films and leads Kildare’s Short Grass Film programme.

The film director is DavidChristopher Lynch, a local filmmaker who has produced, directed, filmed and edited a substantial number of award-winning films. His films tell human stories filled with empathy.

David was awarded €12,500 under the Kildare Short Grass Films commission award in 2019, for ‘We Don’t Choose How’, a poignant short film about a young homeless couple, which premieres at the Galway Film Fleadh July 2020.

Lucina added: “The oldest participant is 93 and her notebook was completed by her family.

The youngest, aged six, completed a notebook alongside her brother, sister and mother.