Nicola Brennan, who will head up Ireland’s largest African embassy, talks about her career so far and her hopes for her exciting new role 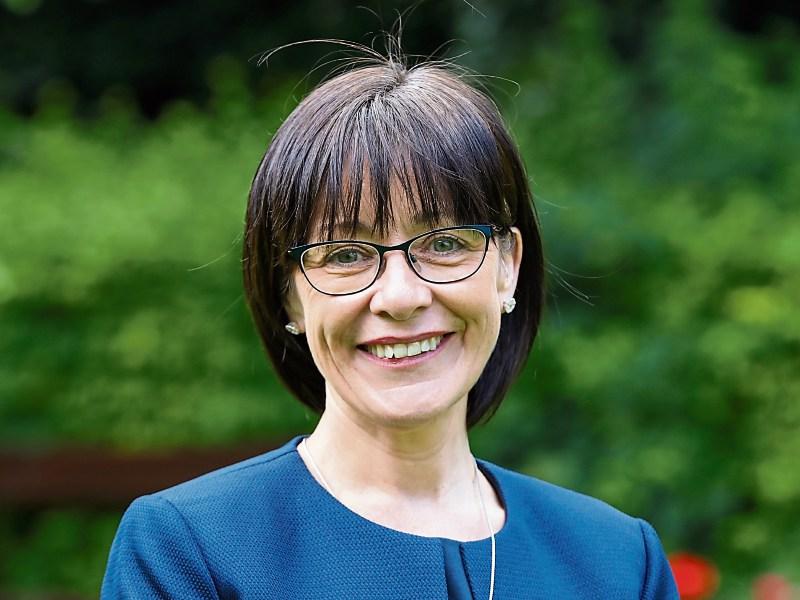 The new Irish ambassador to Ethiopia, Nicola Brennan from Newbridge

Newbridge woman Nicola Brennan has just taken up a challenging new role, in the middle of the Covid-19 pandemic, with her appointment as Irish ambassador to Ethiopia, with responsibility for South Sudan and Djibouti.

Highly experienced from a long career working overseas and with the Department of Foreign Affairs, Nicola will lead a team in Ireland’s biggest African embassy to build trade ties in the region as well as work on development cooperation and security issues.

It is a prospect that she relishes, and she says that she and her family are ‘incredibly excited’ about the four-year posting which will see them living and working in the Ethiopian capital Addis Ababa.

Nicola is the daughter of Margaret and the late Denis Brennan from Great Connell, and a former past pupil of St Conleth’s and the Holy Family Secondary School. After studying Economics and Business Studies at Trinity College, Dublin, she undertook a Higher Diploma in Education with the intention of becoming a teacher.

Yet after graduating she went to Indonesia with the charity Voluntary Service Overseas — a decision which completely changed her career path. She spent seven years in Indonesia, working in the field in Jakarta and Papua New Guinea.

Interested in pursuing a career in international development, she then completed a masters degree in development administration and management at the University of Manchester, before joining the Department of Foreign Affairs in 1996.

Postings followed at the Irish embassies in South Africa and Uganda, where Nicola worked as a development specialist; after which she spent a period back home as a senior adviser on Ireland’s international response to the HIV and AIDS epidemic. “At that time the Irish Government took a very key position internationally on the AIDS pandemic, and we were recognised as quite a leader in that field, even though we are quite a small country,” she said.

A 15-month posting as the deputy head of mission at the Irish embassy in Zambia followed in 2010.

She was appointed as ambassador to Ethiopia last December, although her start in the job has been delayed several months by the coronavirus pandemic.

“My work has largely to date, in the Department, been focused on international development, and our focus is largely on sub-Saharan Africa,” she said. “The timing was perfect for us as a family. We were aiming to go overseas this summer, so once the available positions were circulated at the end of last year, I put myself forward.

“If you had asked me four to five years ago, ‘when you become an ambassador, where do you want to go?’, I would have said Ethiopia over Paris, or even New York.”

Nicola’s husband and son have accompanied her on her new posting, and the family finally flew out to Ethiopia on August 26.

She is married to Professor Ruairí Brugha, a public health specialist with the Royal College of Surgeons who has been prominent in recent months as an expert commentator on the Covid-19 pandemic. He will continue his research work into international health issues in Africa from Ethiopia.

The couple have a nine-year-old son, Louis, who will attend an international school in Addis Ababa.

The family already has some close connections with Ethiopia and have visited a number of times previously. They have also been learning the local language, Amharic. “We’ll continue that and hopefully establish some good friendships with Ethiopians while we’re there,” she said.

A huge task awaits Nicola in her new role, where she will be responsible for Ireland’s relationship with Ethiopia, South Sudan and Djibouti, on political, economic and consular levels, and also in terms of international development and cooperation.

Ireland’s appointment to a seat on the UN Security Council, which starts next January for a two-year period, will also have a huge influence on her new role.

“Sixty percent of the agenda of the security council relates to African issues on peace and security.

“You would be looking at the different political positions and the issues arising, and reporting back to headquarters [in Ireland] so they are informed, they have the analysis and the knowledge to assist Ireland’s engagement in the various debates of the security council.”

Assisting Irish businesses who are interested in investing in Ethiopia will also form part of her role — even though there are not huge business links between the two countries at the moment — along with offering consular assistance to Irish citizens in the region, should they need it.

Perhaps the biggest part of her job will be working on Ireland’s development cooperation role in Ethiopia, where the Irish government’s annual investment in development is up to €40 million per year.

“We work in terms of focusing on the reduction of poverty, ensuring good access to healthcare, to education, rural development and supporting the Ethiopian government and the region on issues relating to peace and stability,” she said. “We are bringing Ireland’s experience to bear on those types of situations, be it our road to agricultural development, being a country where we produce more than we can eat; to the Northern Ireland peace process and how it took place, and what Ethiopia could learn from that; to our healthcare. There is a relationship already established between the HSE and the Ministry of Health in Ethiopia.

“We have a very strong focus on women’s empowerment and gender equality, and we are working to really position ourselves more on having greater influence in that space in Ethiopia. It’s really important for young girls, getting access to education and opportunities; and for women to be able to reach their potential, to be able to be productive members of society where often they are constrained by social norms.”

Taking up an ambassadorship in the middle of a global pandemic brings its own challenges. The focus of the pandemic in Ethiopia is in the capital Addis Ababa. It is a large, densely populated city, which has nevertheless never shut down completely to international travel, as Ethiopian Airlines has played a key strategic role in bringing PPE supplies from China onto the continent.

Restrictive measures are in place, similar to Ireland. Many of the staff at the Irish embassy are working from home “which is a real challenge as the internet wouldn’t be as consistent there as it is in Ireland”.

The pandemic has hit Ethopian society hard in the pocket in that it, like other African societies, is very dependent on remittances back home from family members who have gone abroad to find work. The diaspora in Europe and the USA has suffered along with the wider community as economies have shut down — with the result that less money is funnelling its way back to Ethiopia, which poses economic challenges to the government there.

Six Irish people work at the embassy in Addis Ababa, along with up to 30 local staff and a similar number of support staff.

“They’re really excellent. Within that team we have lots of opportunity for discussion and engagement.”

However, what Nicola laughingly calls the ‘Ferrero Rocher’ aspect of an ambassador’s job — that of networking and hosting lunches and receptions to promote Ireland both to locals and to other international embassy staff — has been seriously curtailed by Covid-19 restrictions. Relationships will have to be built by other means in the coming months and years.

Nights of Irish music, stories, food and craic in Addis Ababa may be a pipe dream for the time being, but finding new ways of extending the hand of Irish friendship across Africa, even if it can’t be in person right now, is a challenge to which the Kildare woman will no doubt rise.