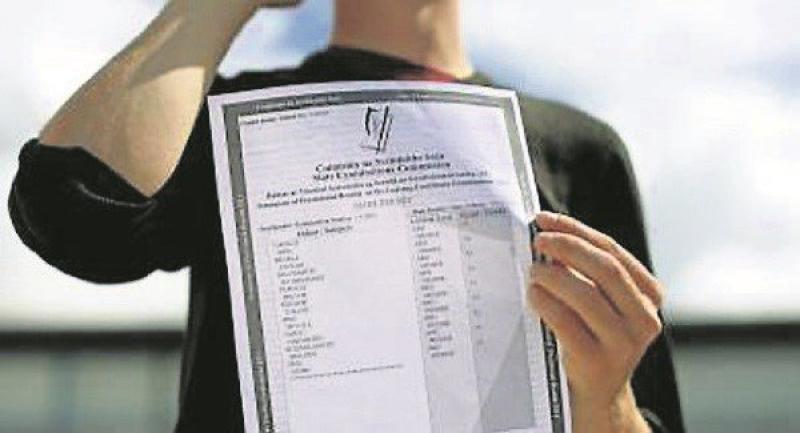 The calculated grades system used to assess the 2020 Leaving Certificate students had only a minimal impact on the number of students who got third level college places, say some Kildare principals.

Naas CBS principal Ben Travers said that while some students complained about being downgraded from the results awarded by the school, the vast majority still got a college place.

“It may well have been that a student didn’t get a first choice place, or even a second choice and finished up Galway rather than Dublin, for example. However the vast majority of them will go to college,” Mr Travers said.

He stressed that not getting their first choice applied to a small percentage of students only.

This year there were 170 students in sixth year at Naas CBS. Normally some 95%-96% of students from the school go to college and he says this year will be no different. A number of students will take up apprenticeships in the traditional areas of the building and motor industry; but, increasingly, more students are taking up apprenticeships in spheres like business or accountancy — rather than pursuing a college course for a similar qualification.

The principal of Athy Community College is expressing delight with the results from calculated grades and says that the students are very happy.

Approximately 65 to 70 students sat the Leaving Cert at Athy Community College for 2020.

Richard Daly, principal said: “Maybe we are bucking a trend or something, but we are quite happy.”

Generally students are looking to go on to Trinity College and Maynooth University. He said that there are also a number of students going on to study primary school teaching. Mr Daly said: “Points for Arts stayed the same, it seems that there was a slight increase in points for nursing. All in all, it has been a good year.”

He said: ”This year the students did not come in to get their results. We all had stories of students, but we were able to contact them today to find out where they were going. We have now contacted about two third of them.”