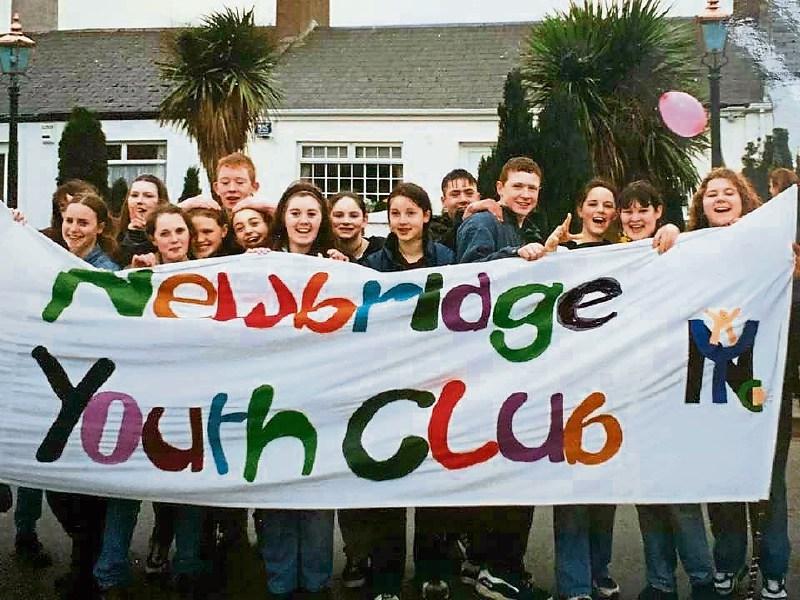 Members of Newbridge Youth Club pictured in the late 1990s. The organisation fizzled out soon afterwards due to a lack of a premises and support. Picture: Noel Heavey

A sum of €100,000 from this year’s Local Property Tax has been allocated for an unspecified ‘community project’ for young people in Newbridge.

County councillors voted at last Wednesday week's Kildare Newbridge Municipal District meeting to set aside the cash for such an enterprise, as well as giving €125,000 for the improvement of rural roads; and €25,000 for a destination tourism event in Kildare town.

Just over a quarter of a million euros had remained unallocated from this year’s LPT funding. The question of where to allocate the money had been discussed at previous meetings earlier in the summer — but it was agreed to postpone a decision to September’s meeting.

The money was allocated at last week’s meeting following a lengthy series of proposals, amendments and votes from a number of local representatives.

Cllr Noel Heavey (FF) and Cllr Tracey O’Dwyer (FG) first proposed jointly that €100,000 of the funds be allocated towards a community project for the young people of Newbridge, with the remaining €154,000 in the pot going towards works on rural roads.

Cllr Heavey has long been campaigning for a youth facility for teenagers in Newbridge — however, the proposal specified that the money would go towards a community project for young people in the town and not a specific youth hub or club. Cllr O’Dwyer said the importance of safe roads for young and old people alike had been highlighted during the lockdown.

Cllr Fiona McLoughlin Healy proposed an amendment that €100,000 be allocated for a community youth project in Newbridge, with a separate €100,000 for a new Newbridge playground. She said that the councillors were not getting any reassurance that money for a new playground for the town would be available from the capital funding budget.

She added that, if the playground was financed through capital funding, the money could be returned to the LPT fund.

Cllr Suzanne Doyle proposed an amendment that some money should be set aside for a tourism festival to attract people to Kildare town, where the town square has recently been pedestrianised.

Cllr Doyle said that there needs to be an event put on in Market Square every month, and said that she was looking for €25,000 for a ‘Christmas festival’.

In accordance with KCC’s standing orders, the amendments to Cllrs Heavey and O’Dwyer’s original proposal were first voted on.

Cllr McLoughlin Healy’s proposal of €200,000 for a playground/youth facility in Newbridge was defeated 5-2, with two abstentions.

The original proposal by the two councillors was not therefore voted on.