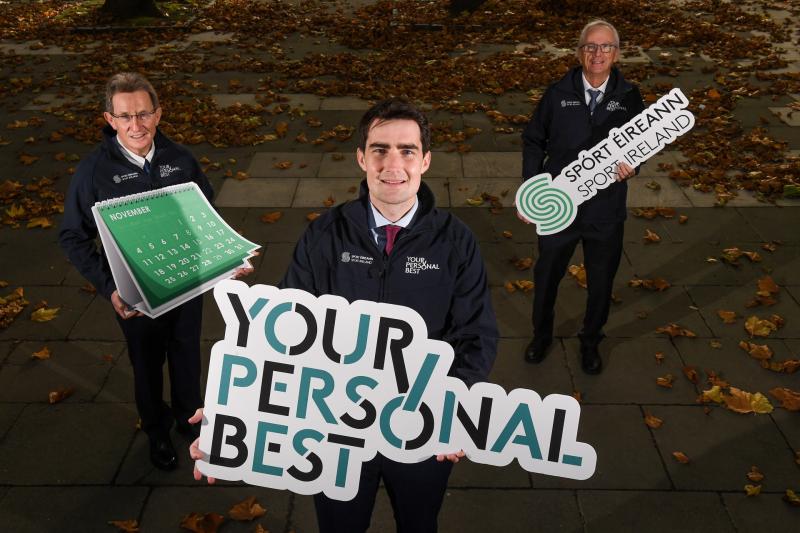 Men over forty five are encouraged to engage in at least thirty minutes of moderate physical activity five days a week in a new initiative set up by Sport's Ireland under the banner, "Your Personal Best Month".

The plan will run throughout November and is aimed at getting men over forty five more physically active and the campaign is followed by various sporting National Governing Bodies such as Cycling Ireland, Athletics Ireland, Get Ireland Walking and Swim Ireland. It  is also being supported by the nationwide network of Local Sport Partnerships, who will provide practical support on the ground.

Repeated studies, including Sport Ireland’s most recent Irish Sports Monitor, have consistently shown that males aged over forty five, particularly those from disadvantaged communities, are among those least likely to be active. As a result, they suffer from worse health, mental and physical, and are more likely to die younger, than the rest of the population.

Sport Ireland’s Irish Sports Monitor 2019 revealed that only one in four men aged 45-54 meet the World Health Organisation’s recommended one hundred and fifty minutes of exercise per week.

On average, men of this age are physically active for just eighty seven minutes per week or twelve minutes per day, with one in six not participating in any sport or exercise.

The report also added that those with the highest education and income are twice as likely to play sports than those in the poorest backgrounds who, in turn, are the most likely to lead sedentary lives with 16% claiming to take no form of exercise.

Sport Ireland Chief Executive John Treacy and Professor Niall Moyna, Head of the School of Health and Human Performance at Dublin City University as well as actor and broadcaster Simon Delaney and former Ireland rugby international John Hayes were all in attendance

John Treacey added: “Sport Ireland are delighted to launch Your Personal Best month, which will help to shine a light on the need for men over the age of 45 to get more physically active and engage in at least 30 minutes of moderate exercise five days a week. It’s wonderful that this campaign is being supported by our network of national Governing Bodies and Local Sports Partnerships that reach into every community in the country, and this integrated approach will offer increased opportunities for those men who are looking to become more physically active. One of Sport Ireland’s key roles is to increase participation in sport and physical activity across all sections in society and Your Personal Best Month will play vital role in this.