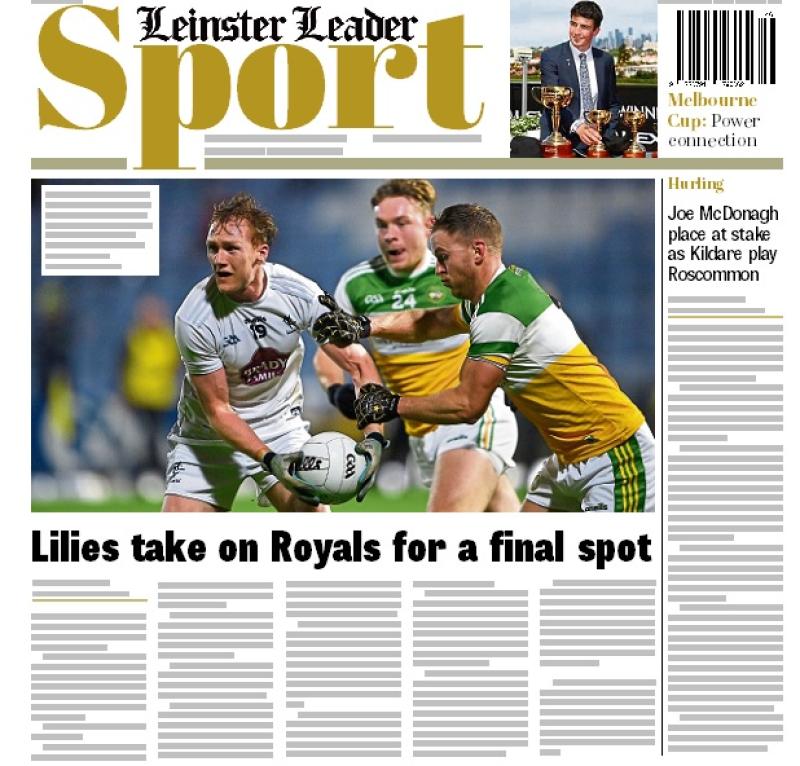 Kildare hurlers take on Roscommon with promotion to Joe McDonagh Cup on the line for the winners.

Lilies Ladies knock up another big win and now take on Laois where a win would see them into the All-Ireland semi final.

Camogie girls bite the dust and exit the championship.

Exclusive interview with Mark Power from Melbourne following the success of Twilight Payment in the Melbourne Cup. The Caragh native talks about the Sydney lockdown, the success in the race worth €2.75 million to the winner, and lots more.

Extensive report from the Co. Board meeting, held on zoon which discussed Annual Convention; St Conleth's Park Development and much more.

Dermot Weld and Aidan O'Brien pull off great victories at Keenland plus a look back on the Kildare Racing News of the week.

Dogss: Connie and Keith on the double at Newbridge Stadium.