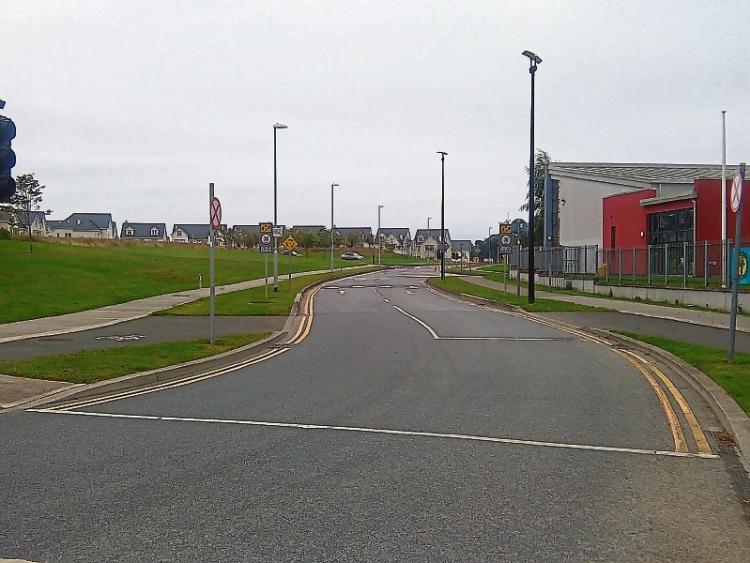 The entrance to the Piper's Hill campus in Naas

Parents with children attending a number of Naas school are angry over the failure to address congestion at the entrance to the Piper’s Hill education campus in Naas.

Some 1,600 students and pupils attend three schools there and the entrance is also used by residents living in nearby housing developments built by Sean Mulryan’s Ballymore.

Cllr Evie Sammon said a solution needs to be found.

Naas residents using the Kilcullen Road will be aware that the road is heaving and congested every school morning — and more houses are under construction in the area.

“There is a lot of anger among parents and residents who can't get out (on to the Kilcullen Road),” she said.

She wants a meeting between the Kildare and Wicklow Education and Training Board, Kildare County Council and Ballymore Properties “to ascertain how a second entrance into the campus could be applied for and delivered because of traffic.”

A road safety assessment carried out by a specialist company is with the Department of Education and Skills and the Department has asked for cost estimates and a risk analysis report of the recommendations within the report — and an engineering tender has been completed.

Mr Kelly said that while a car park used by Education and Training Boards Ireland may provide part of a solution, he said ETBI is fearful of the risk of an accident if the facility is open for public use (as requested by some parents).”

Cllr Sammon added: “I am happy to see that the short and medium-term recommendations are being worked on.

“However, this is a safety report commissioned by KWETB for the Pipers Hill Campus and its recommendations will not address the volume of traffic on the Kilcullen Road or the road into the campus which is owned by Ballymore Properties.”

KWETB official Joe Kelly appeared to blame KCC saying that the KWETB “is not responsible for traffic on the Kilcullen Road”.

He also said that KCC had indicated that traffic management systems are adequate.

“We talked about several options to KCC but we didn’t get much positivity from KCC.

“I’d like to see KCC take responsibility,” he said.