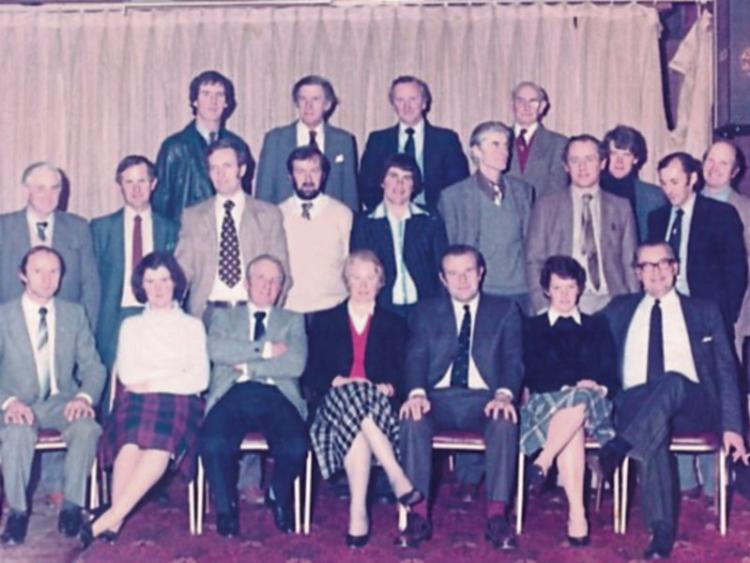 As the Kildare Holstein Friesian Breeders Club’s 40th anniversary landmark of March 26 this year approached, the Club’s officers and committee had hoped to mark the milestone occasion is a significant way but unfortunately Covid-19 put paid to our plans. So, like many others we look to the future and hope.

The Club has been very fortunate over the years with our very loyal members, great sponsors too numerous to mention and some excellent farms on which to hold our field evenings. Unfortunately, we have lost some great herds over the years mainly because of their location/development such as Carton Estate, Peamount, Knockmaroon, Maynooth College and Clongowes in addition to many family farms.

Despite this, the Club’s annual programme of events has continued successfully up to the pandemic events of this year.

A busy Club schedule of varied and social events

The club’s first meeting each year would be our Spring meeting dedicated to a focused and topical matter. This would be followed by the May and June field-evenings and stock-judging. In the initial years following the formation of the club a third field evening with stock-judging was held as a special family-oriented gathering. However, over time due to constraints such as the holiday season, the club reverted to a format of two annual field evenings.

The next event in the calendar would be the Club Calf Show, followed by an annual outing which provided a unique opportunity to visit numerous farms and locations throughout the country, including Northern Ireland.

The most recent outing was a very enjoyable trip last year taking in visits to the ‘Reary’ herd of Kevin Flynn and family near Clonaslee, Co Laois and the ‘Freighduff’ herd of John Hanly & family, Horse and Jockey, Co Tipperary.

Both were very informative visits; we saw great herds of cows and the generous hospitality and warm welcome from both hosts is appreciated greatly.

The Club’s annual silage competition, taking place annually towards the end of the Summer months, is a most successful competition and event. Established in the early 1980s the competition consistently attracts a very high entry each year.

This success is borne out by the fact that the Foot & Mouth crisis of 2001 was the only year where the silage competition did not take place.

Having arranged the collection and laboratory testing of silage samples, the club holds a meeting in October to announce the results and present prizes accordingly. The contribution from invited specialists as speakers at this meeting helps to enhance the educational take-home messages and provide food for thought ahead of the winter season.

The calendar of club events concludes with an AGM prize-giving and annual charity raffle. Members and sponsors have always contributed generously with the proceeds going to selected charities such as St. Vincent de Paul, the Hospice foundation and many other charity causes nominated by members over the years. Deepest appreciation to all for their generosity.

The club has always competed very successfully at the National Irish Holstein Friesian Association (IHFA) competitions including Herds Competitions, Inter-Club stockjudging and National YMA. The club was honoured on being chosen to host the National Holstein Friesian Open Day on four occasions; the Jackson family, Kiltegan Crossnacole herd in 1991, Cyril Dowling Baldonnel herd in 1996, Clongowes college in 2008 and Victor Jackson, Crossnacole herd in 2017.

The club has a long-established involvement with local shows such as Blessington and Athy with members also showing successfully at other provincial shows such as Navan, Tullow, Iverk, Tinahely, Virginia to mention a few.

The annual club herds competition continues to be supported very strongly with great commitment by breeders and sponsors. Tremendous judges from near and far afield have given their time and experience to visit the herds of our members in the onerous task of placing each herd within respective categories.

A very significant number of successful Kildare herds have gone on to represent the club in the National herds competition and they have won prestigious National honours, ranking as the very best in the country.

Our sadly departed and deeply cherished former club secretary and esteemed colleague Joan Lambert RIP was so influential with her outstanding effort year in and year out organising the herds competition. Joan served as Secretary from 1994 to 2017, may she rest in peace.

In conclusion the club thanks all those who helped and supported the club in any way over the years. This is very mush appreciated. Our sympathies to members who have lost loved ones over the forty years of the Kildare club. We can look forward with bright optimism and continued prosperity for the future.