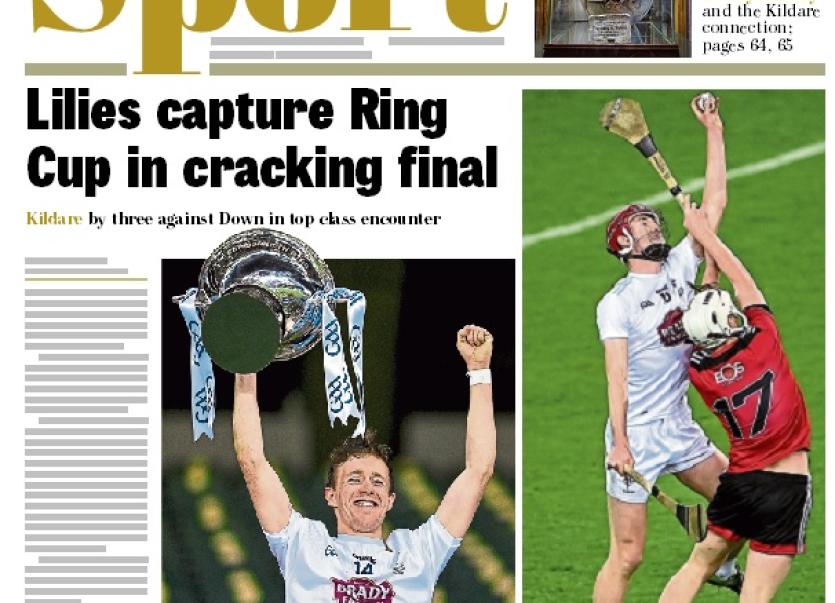 As Kildare are crowned Christy Ring Cup champions 2020 following their three point over Down in Croke Park on Sunday last, we carry extensive reports, reaction, comment and unrivalled picture coverage.

We talk to manager David Herity and team captain Brian Byrne, with all the stats and facts of the game.

A weekend of GAA like we have never experienced (Tommy Callaghan);

Racing: A look back on the racing scene in Kildare over the past week with picture coverage.

Bloody Sunday: A two page special feature on that fateful Sunday back in 1920, refereed by Clane man Mick Sammon. Mick had won an All-Ireland with The Liliwhites just 12 months previously. A look back on his career and his life off the pitch.