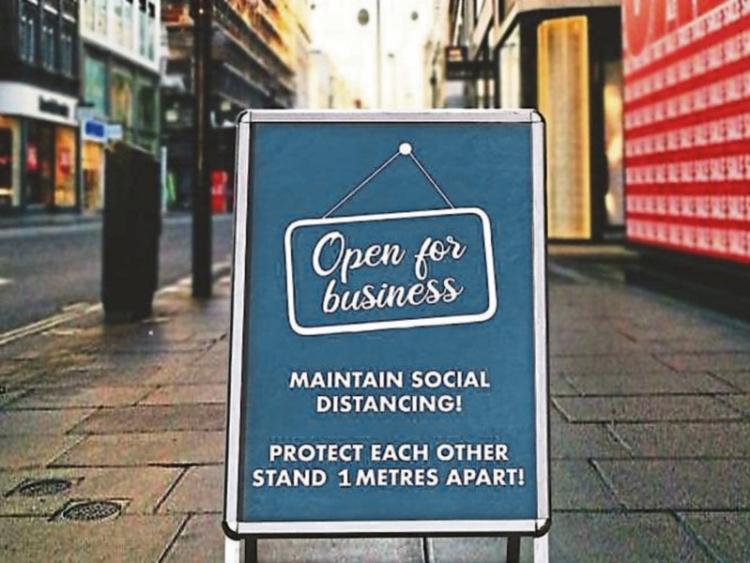 Newbridge politician Cllr Chris Pender told the November meeting of the Municipal District that he has identified illegal signs in the town but they have not yet been removed.

Cllr Pender, who has raised concerns about this issue in the past, said he was referring to random signs such as sandwich boards tied or chained to lamp posts in the middle of the street.

He told the meeting: “I have identified illegal signs numerous times and they are still there.”

The council insisted that officials engaged extensively in a programme for removing illegal signage in Newbridge which involved close liaison with the planning department.

District Manager Joe Boland added: “Both Planning and Environment departments, including the wardens, walked the area and considered all signage, called to owners where necessary and also issued notices where warranted.”

The Council said the Kildare-Newbridge Municipal Office agreed to help remove illegal signage but added that the identification of illegal signage would be a matter for the Planning and Environment Departments.

Cllr Fiona McLoughlin Healy agreed it was an ongoing issue in Newbridge and that “some people are slow to respond to requests by the Council”.

Cllr Peggy O'Dwyer claimed that a charity in the town had erected a sign and a business took it town.

In 2018, there were 17 fines issued for unauthorised signs in Newbridge.

A number of other signs were also removed without issuing a fine. Newbridge Tidy Towns said at the time that illegal signs caused clutter on streets.