Four changes in personnel for clash with Offaly 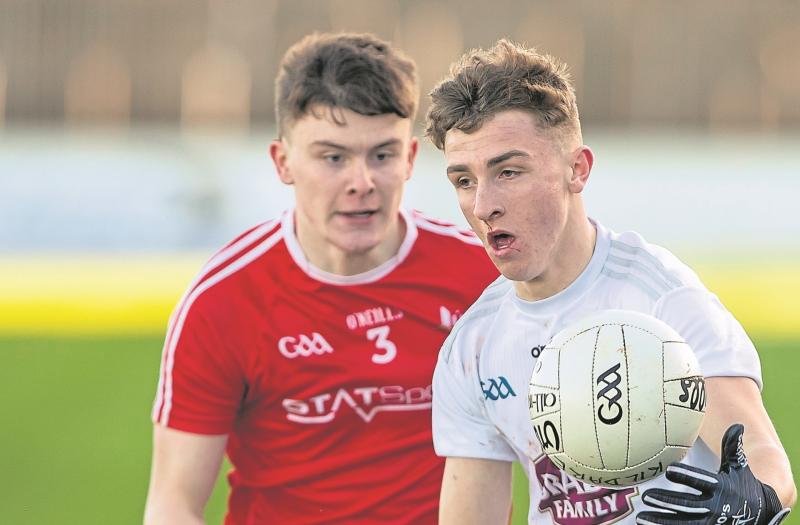 Despite defeating Louth by all of a dozen points in the Leinster MFC quarter final, Kildare minor manager, Micheál Conneff and his management team, have surprisingly made no less than four changes in personnel for tomorrow's (Saturday December 19) Electric Ireland Leinster MFC semi final clash against Offaly at St Conleth's Park, Newbrige, throw-in 12.30.

Manager Conneff did say after the Louth game he felt he had a lot of strength in depth, no super stars, but a very even bunch of good players and no doubt that theory will be put to the test against Offaly.

Offaly defeated Wicklow in their quarter final, also last Saturday, but there was nothing in it right up to the end when a goal from dual player Cormac Egan clinched the win for Leonard Dean's lads.

Of the changes The Lilies have made for tomorrow, there is one in defence, one in midfield and two up front.

Jack McKevinn (Naas) comes in at no. 6 for James McGrath; Shane Farrell (Kilcock) who certainly impressed when introduced against Louth, is selected at midfield with minor hurling captain Conn Kehoe moving to the bench; while up front Ben Fitzsimons and Daragh Sloane give way to Joe Ledwidge (Leixlip) and Cian Grimes (Sallins).

The Kildare team lines out as follows: