Rugby: From Clane in Kildare to Mogadishu in Somalia 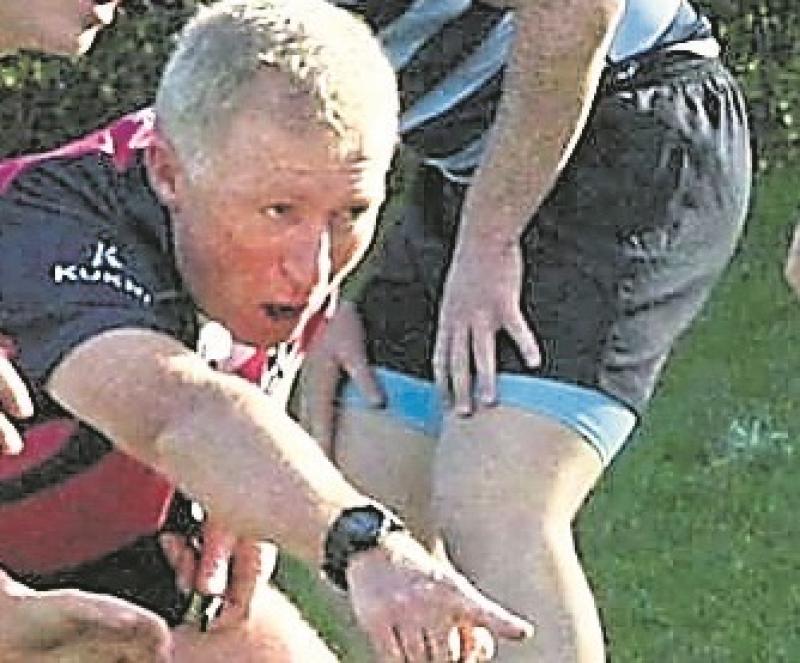 Chris Reynolds secondary school days were spent at Templeogue College, where apart from committing his studies, played with the school at scrum half. From there, he joined the Irish Navy spending many enjoyable hours both at sea and on shore.
Due to the flexible working hours, Chris' enjoyment of rugby was limited as much of his time was spent at sea.
However, as he says himself he enjoyed many games with the services — mostly social rugby.
“My lack of practice showed up in my level of competence. During those days, I enjoyed my outings at scrum half or occasionally full back.”
When Chris left the Navy to join the Coast Guard, he along with his family to Clane, as he says himself, a GAA town, but with a proud rugby tradition, where his three sons joined Clane RFC and he himself volunteered to coach.
After some time the President of Clane RFC approached Chris saying: “Reynolds, you’re ex-military. You're used to telling guys bigger than you what to do and never ever admitting you’re wrong. You’d make a great referee.”
And so Chris immediately took up the offer, completed the course required in 1999 and, as he says himself, “have loved every minute of refereeing ever since.”
Talking to Chris is is plain to see how much he enjoys that particular role in the game and he explains.
“ It’s the best seat in the house. You have to be fit enough to be third man at the breakdown in an under 20s game. The concentration needed, the need for clear and concise communication when gasping for air and the adrenalin released in a high tempo game makes it irresistible.”

Chris would do Schools matches every Wednesday, youths on Saturday morning, All-Ireland League Assistant Referee on Saturday afternoon and Leinster League on Sunday.
So one busy man and that's for sure.
“ It becomes an addiction. However, currently I am out of the rugby game as I’m serving as Head of Mission of the European Union Capacity Building Mission (EUCAP) in Somalia.”
Working with a team of almost 150 experts from various fields, supporting this war-torn country to get up on its feet again, it is certainly some change from the rugby fields throughout Leinster.
Chris explains:
The European Union has 18 civilian and military operations in Europe, Africa and the Middle East. Eleven of those are civilian missions where more than 2,000 men and women work to increase security, rule of law and human rights.
EUCAP Somalia, one of those civilian missions, has one leg in the sea and one leg on land so to speak.
When you consider Somalia's recent past you must realise you are building the foundation for the State block by block, together with other international organisations, mainly the UN.
Back at sea, as Chris explains “we are helping develop Maritime Police Units to create security bubbles around the major ports. We are doing this, not only operationally, but also in defining maritime security policies and legislation.
“In the deeper waters, we are helping create a coast guarding capacity to help Somalis counter piracy, human trafficking, smuggling of weapons, terrorists and drugs and illegal fishing, as well as many other maritime security issues.”
The work of the international community, the EU, the UN and other organisations has been successful as one of Somalia’s best-known problems, piracy, which has been suppressed for now. The biggest obstacles for development at the moment are terrorism and corruption, he explains, adding EUCAP has shifted its focus to cover also the broader development of the police force.
“My team’s police officers from various European countries assist Somali law enforcement agencies and authorities to increase their ability to provide safety and security to Somali people and communities. This includes increasing interaction and engagement between law enforcement agencies and the criminal justice system and with INTERPOL.”
So one busy man while the mission also helps develop a form of robust policing called Darwish.
“As the army continues its war against the terrorist organisation al Shahab the soldiers move on to the next fight and Darwish stabilise the liberated areas. To do this they are trained to fight against the guerrilla counter offences in formed Units.

“Whilst there’s still much work to do Somalia has taken steps to right direction. Violence has decreased and the economic life shows signs of recovery.”
Chris is based in a compound in Mogadishu,one of the most dangerous cities in the world but as Head of Mission, he has his own team of bodyguards and vehicles.
COVID landed in March. It was pretty much ignored as it was just another pandemic amongst many, and there is now likely a strong herd immunity amongst its young population. It is hardly talked about now.
With DSTV in his roos Chris get to watch Leinster's games live on TV and admits to even getting occasionally to referee TAG rugby played by the British military and South Africans “in my Leinster Referee's kit.”

Chris admits that life is not too bad, “although limited due to the security measures. While I can’t run on the rugby pitch, I do exercise on the beach by the Indian Ocean. My room is only metres away from the sea and I look out on its brilliant blue every morning.”
That’s a treat for the Clane man who is used to be surrounded by water as he has served his entire career caring for the sea, firstly in the Irish Naval Service and currently as a Director of the Irish Coast Guard.”
After my family, its refereeing I miss most, Chris admits, “getting heckled by the crowd, a scrum half trying to get one over on you, but also the respect you get from the players; they may grumble but they all know that if the referee loses control, players can get injured.
“All referees work hard in maintaining their standards and facilitating players who want to play.
“A referee can't fix a bad game but he can ruin a good game, so consistency is everything. The disciplines you learn from rugby stand you well in life and certainly have helped me in my current role, with all its challenges.
Chris is looking forward to a return to a better form of normality, when his tour will be completed at the end of ths year.
“I hope to be back on the park in the North Midlands for the new season 2021-2022.”