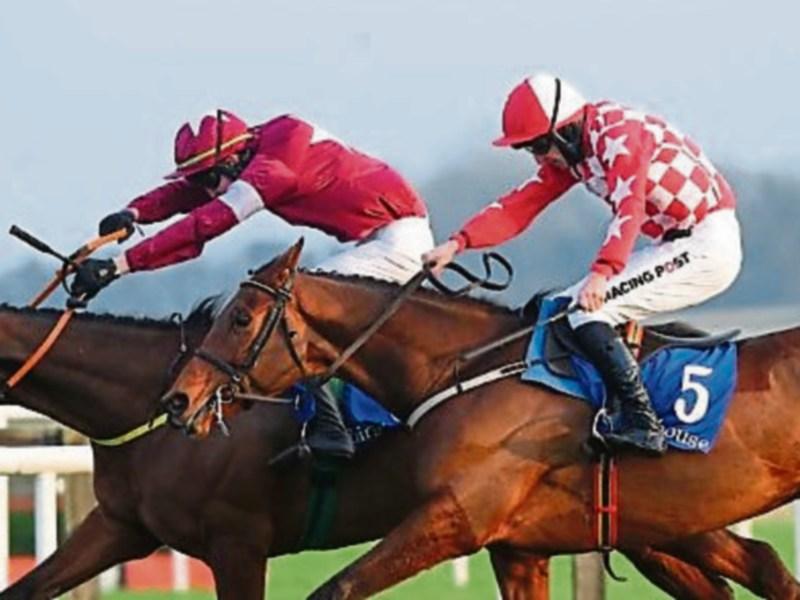 Set up in 1814 by the Jesuit order, it is the only seven-day male boarding school in the country.

Many well-known Irish men have studied there, including some with famous racing connections. Such students include Michael O’Leary; Patrick Mullins, son of Ireland’s leading trainer, Willie Mullins, and Pat Taaffe, son of trainer Tom Taaffe, and grandson of the late legendary Pat Taaffe, who rode, among other animals, the great Arkle.

From the start of the most recent Covid-19 Level 5 lockdown, the students returned to their own homes to comply with best practice in health and safety.

An article by former Clongowes teacher Brendan Cullen, published in the Clane History Group journal, Coiseanna, in 2018, reminded us of the deaths of Willie Carroll, George Lidwell and Donal Gorman. The school erected a marble plaque to the their memory.

In 1974, the Ryanair man started at Clongowes. According to Alan Ruddock’s biography of him, O’Leary was an ‘average’ student, never pushing himself too hard but never struggling to make his grades. He quoted O’Leary as saying of his time there: “In a f***ed up way, I was nobody in school. I was common Joe Soap. I’m still common Joe Soap. I just got lucky a couple of times.” 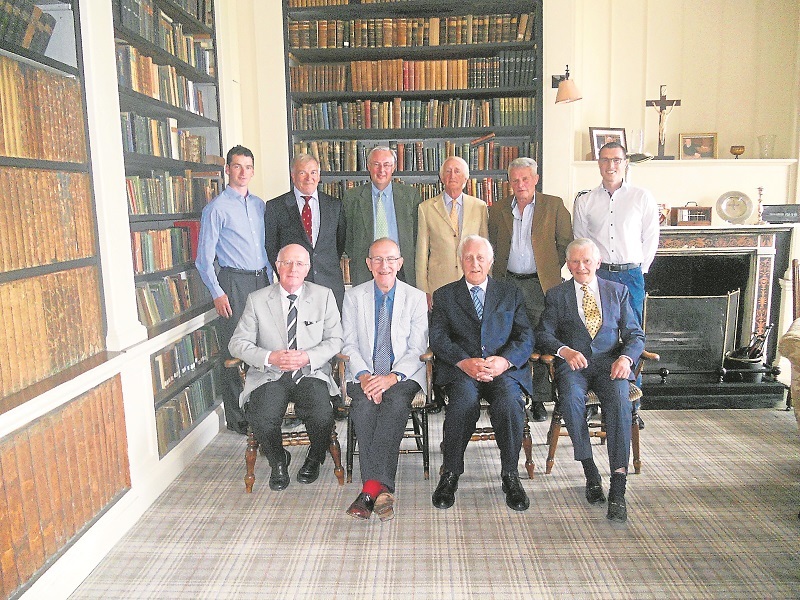 While there are many elements to the school, it has been pointed out that a good number of racing professionals have gone through its doors.

Some have been recently prominent, for example John Oxx on his retirement following a great training career.

The late great Willie Robinson, who died last August, aged 86, was also a past pupil. He rode Mill House during his great rivalry with Arkle, in the early 1960s.

He won the Cheltenham Gold Cup of 1963 and later that year beat Arkle in the Hennessy Gold Cup at Newbury.

Former student, Patrick Mullins, son of Willie Mullins, is up for a HRI NH achievement award for being crowned champion amateur for a record 12th time and his two Grade 1 wins.

He won with My Cousin Vinny in Cheltenham when he was a student in 2008 in the Champion Bumper whilst in his final year at the school.

An even younger student, Pat Taaffe got his first winner in Downpatrick last summer after just having done his final year.

The schools admission director Aine Corcoran says that the seven day boarding never gets in the way of racing careers or indeed pony and sport horse pursuits and these are always accommodated.

The regular proximity to fellow students tends to lead to a greater sense of community. Contrary to what some might think students are not cut off from the rest of the world.

What may surprise some who see the school as reserved for the wealthy is that ten per cent of the students there received a bursary (the AHP Bursary).

Students are not chosen on ability but on need – some come from Deis schools, from social and economic disadvantage, have barriers to education etc.

The school said this programme is of major importance for the Jesuit Province and a really important part of the fabric of the College.

Staff there include a full time counsellor and full time psychotherapist and a special education news teacher.

Patrick Mullins, now 30 years old and an assistant to his father, Willie spent six years there. “I enjoyed Clongowes,” he said but initially wanted to go to Roscrea, where his father had also gone.

These days he keeps in touch with many of the 78 fellow students in his year, via social media and Whatsapp groups in particular.

The 6ft 1inch jockey is also a very successful amateur rider and he can also run in 21 professional races a year, due to the rules. “You pick and choose very carefully,” he told us.

Patrick, known as Paddy by his mother, said he did “ok” in his Leaving Cert, getting around 400 points, including a good English result. “I do a bit of writing for the Irish Independent, the Racing Post and the Irish Field,” he said. “Martin Wallace got me an A1 in the Leaving Cert in honours English.”

Will he follow in the footsteps of the late Dick Francis, a former jockey who turned crime writer with a speciality in racing thrillers?

“Maybe but there is a difference between journalism and book writing.”

He said he considered leaving to ride horses during his fourth year at Clongowes — but stayed, 5th and 6th year were great.

He was starting to ride at Punchestown and Naas then and reached an agreement with Fr (Leonard) Moloney about doing that.

After leaving Clongowes he studied business and equine at Maynooth University. “I wasn’t pushed about the course but Ruby Walsh advised me to finish it and I did the three years.”

Another student from a famous equine family is Pat Taaffe. “I just left in summer of 2020,” he told us.

Pat, aged 19, has been riding since he was two or three and started in Clongowes in 2013.

He was still there when he began winning races and the school allowed him to pursue his interest. “I won races when I was in 4th year, Transition Year. The school was very good.”

When he was 14, he won the Dingle Derby in 2016 aboard the horse, Mr Bowen, named for his Housemaster in Clongowes.

Pat had a good win at Leopardstown on St Stephen’s Day.

Boarding at the school had a particular advantage for him. “I wouldn’t have studied if I wasn’t at Clongowes,” he said.

He is now doing business and law at UCD, in addition to racing, of course, although he does not think racing will be full time for him.

Covid lockdown online lectures have benefited him. “That gives me more time for riding in the morning and evenings.”

Former students were linked on November 28 last when Pat Taaffe and Patrick Mullins battled it out at Fairyhouse on with Pat winning the race on Highland Charge for Gigginstown House Stud (Michael and Eddie O'Leary). Patrick was second aboard Reality Cheque for his father Willie.