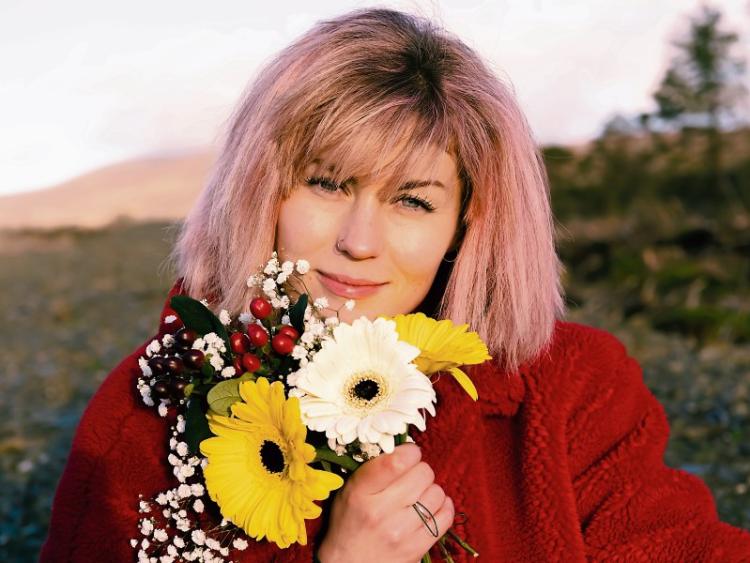 Lockdown has demolished Megan O’Neill’s gigging schedule, but it has also yielded a hugely creative period in terms of her songwriting.

With lots of time on her hands, the move back to Ireland has proven very fruitful. She has lots to celebrate. Her new album is due out on March 12, and last week her song, Time in a Bottle, featured on Netflix’s Firefly Lane starring Katherine Heigl.

Debuting on the streaming channel recently, the Ballymore Eustace artist was thrilled with the international exposure.

“It was brilliant. They played it for about two minutes which was really good,” she explained.

Megan has been busy doing lots of press in advance of the launch of her second album — Getting Comfortable With Uncertainty.

Having started work on it in October 2018, it was completed a year later. Megan had been traveling back and forth to Leeds every month to record the tracks.

Then the mixing and mastering was carried out up until March 2020. Everything was ready to go for the launch. Then Covid hit and everything was put on hold.

“Patience is not my strong point,” emphasised Megan, who just wanted to get out on the road and promote her new work.

She has a tour booked for April, but it is unlikely to go ahead at this point.

She planned to visit Europe, Australia and New Zealand this year and is hopeful that from September to Christmas, this may be possible.

“I have a little cottage behind my parents house and I have my own studio space which is great,” she said.

So how has she found life in lockdown?

“I’m the same as everybody else. It ebbs and flows. The last four months have been very productive in terms of writing. It’s been very positive for me.

“There is more (songs) in the pipeline. I have been really really busy and really creative.”

She said it can be a struggle to keep that up all the time and she understands how people might have down days that can be hard to shake. Such is the volume of work she has produced that she is already working on her next album, which she hopes to finish by the end of the year. Megan agrees this album has a different tone. She said its natural for an artist’s style to evolve as they grow, both from a personal and professional prospective. You can tell she is hugely proud of her work. If you want to preorder her album check out https://meganoneill.bandcamp.com/album/getting-comfortable-with-uncertainty.