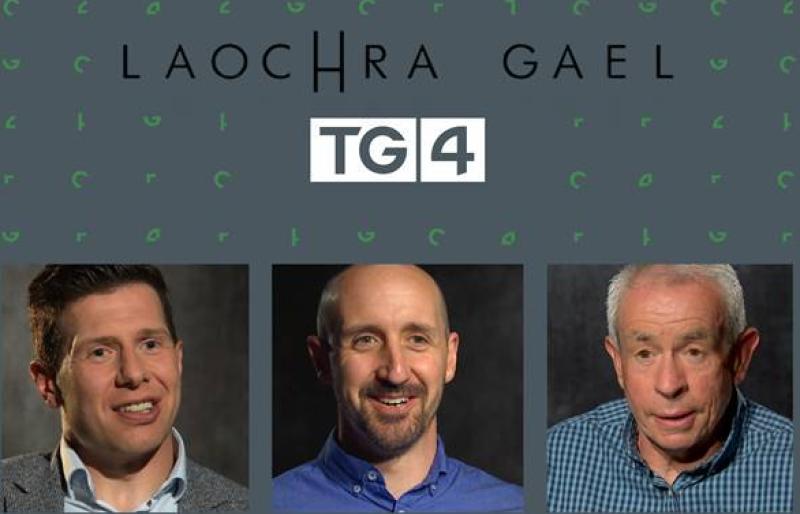 Eoin Larkin is among those featured

The new season of Laochra Gael returns to TG4 next week.

Kilkenny hurling star Eoin Larkin, winner of eight senior All-Ireland medals with the Cats, is the first of six legends featured in the second half of the series. All performed heroics on the field; each player has a unique and extraordinary story to tell.

The season starts with Larkin's story on March 25 at 9.30pm. Hurling has been at the core of Larkin's life since he was a boy. And the game was vital in maintaining Eoin’s bond with his father after his parents’ separation.

After successful years underage, Eoin became a cornerstone of the greatest team of all time, winning eight All-Ireland medals as well as the Hurler of the Year title in 2008. But in the background he was struggling. Towards the end of his career, his mental health declined. He kept his suffering a secret, until he received a phone call from Brian Cody that changed his life. 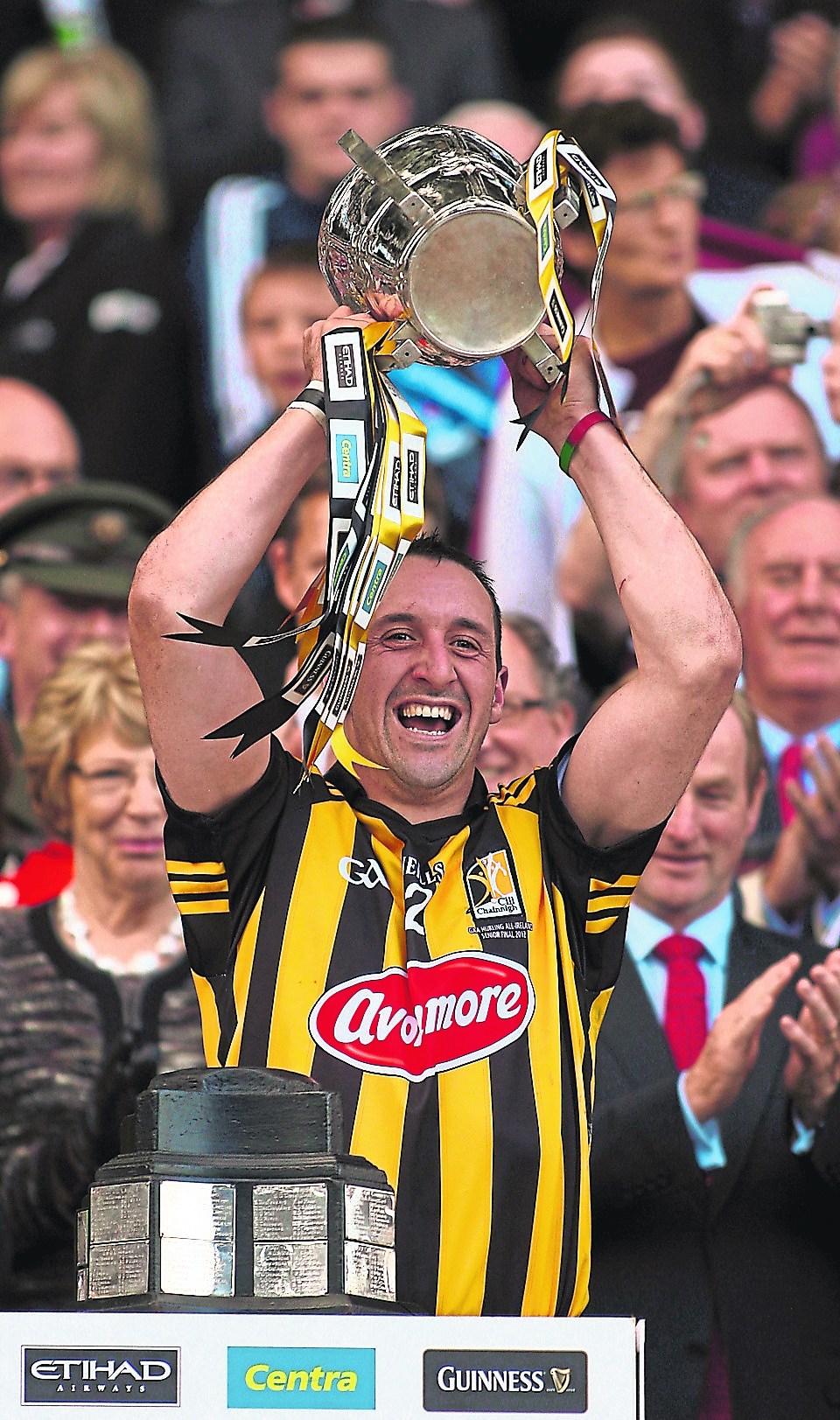 The definitive GAA sports series, Laochra Gael returned to TG4 this spring for a 19th series. The hour-long format has proved a huge success, bringing each player’s personal stories to screen. The series which already featured six extraordinary Laochra with genuine star quality took a break from our screens in early February but is now returning with the remaining six exceptional Laochra.

The series reveals deeper, fresh and sometimes unexpected insights into the lives of these icons. While their sporting careers continue to provide the backdrop to the story, the series travels well beyond the four white lines. Gripping personal storylines will compel viewers to travel towards territory unique to the GAA television landscape.

Week by week the series continues with hour-long episodes featuring some of the greats of the Gaelic Games scene. Throughout April Pete McGrath, Briege Corkery, Bernard Flynn and Seán Cavanagh will be featured, before former Wexford manager Liam Griffin brings the season to a close.

Pete played football in the North in the seventies, a time when Gaelic Games was a dangerous pursuit. As a teacher and trainer, he instilled in young people that sport was the best way to express their nationalism.

As manager of Down, he brought the Sam Maguire across the border for the first time since the sixties, inspiring an Ulster Takeover in football. The cloud of violence was always present, but for a time Pete McGrath and the Down footballers united the province, and the country.

Eighteen All Ireland medals and sixteen All Stars, Dual-Star Briege Corkery has won more than anyone in the history of Gaelic Games. She accepted two Sportswoman of the Year awards with humility and shyness. She was the ultimate team player.

The life and soul of the dressing room, the lynchpin on the field, Briege collected her last All-Ireland six months after giving birth to her son Tadhg. In the conversation about the greatest of all time, Briege Corkery is at the centre.

Despite being small from the day he was born, Bernard Flynn was at the centre of the Meath football revival under Seán Boylan. As part of a legendary full forward line, Bernard provided some of the greatest individual displays of any forward in his era.

Unbeknownst to anyone, he was struggling the whole time. He paid dearly for it in retirement when his body completely gave up. And while he was suffering physically, his entire business collapsed overnight. It was then that Bernard learned the true meaning of survival.

Seán Cavanagh overcame his early challenges with nutrition to become one of the most accomplished athletes of his era. He put himself under incredible pressure. Insecurity became a driving force, and he came through the tragedies that were visited upon the team to win three All-Ireland titles.

Uncompromising on the field and in life, Seán has had his share of criticism. But nobody bothers Seán more than Seán Cavanagh, one of the most fascinating characters in modern sport.

For the Series finale of Laochra Gael comes the story of Liam Griffin. He was inspired by the Rackards and their likes as he grew up, but Wexford hurling was in dire straits when Liam was made manager in 1995. It went from bad to worse from the start with heavy defeats and controversy.

In his second year as manager, unbeknownst to anyone he would be stepping down as soon as Wexford were out of the championship because of his wife Mary’s illness. As it happened, they went all the way in 1996. He wasn’t there for long but Liam Griffin’s legacy will live forever.

"TG4 are very proud to be broadcasting another great series of Laochra Gael which marks the great achievements and stories that our Gaelic Games legends have to tell," said TG4's Head of Sport, Rónán Ó Coisdealbha. "This is the beginning of the 19th series of Laochra Gael which aired on TG4 for the first time in 2001 and it has continued as a long standing and popular part of our schedule bringing these amazing stories to viewers in Ireland and all over the world.

"I wish to thank all the participants who took part, their families, Nemeton TV, GAA, LGFA, Camogie Association and everyone in the extended Gaelic Games family for all their assistance in making this series happen in such a challenging year."

These six stories are the second half of the new season’s batch of GAA Legends, which has already included Kevin Cassidy who lost out on an All-Ireland medal because of his contribution to a book - Ryan O’Dwyer, who was on the cusp of leading the Dublin hurlers to glory, before he cost them an All Ireland title. Thérèse Maher, who finally fulfilled her destiny having lost five All-Ireland Camogie Finals.

Roscommon’s Shane Curran, one of football’s great characters, and the prototype of the modern playmaking goalkeeper. Johnny Pilkington, the heartbeat of the mighty Offaly hurlers of the 1990s, and one of the game’s greatest characters. And Dermot Earley, who showed extraordinary courage in the face of crippling injuries, cancer and the death of his father. These can currently be viewed on the TG4 Player. 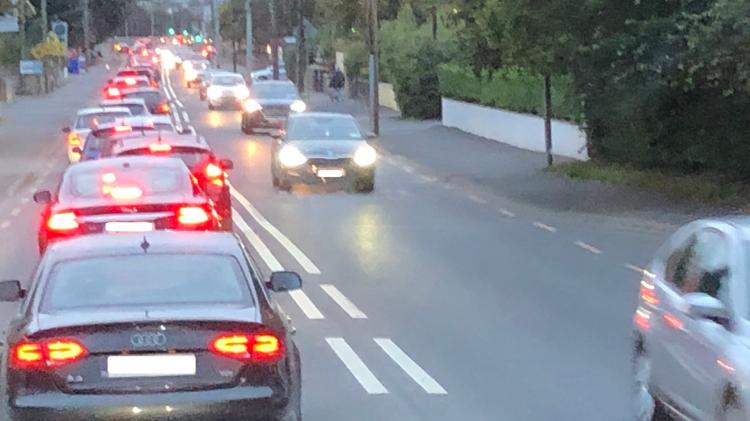 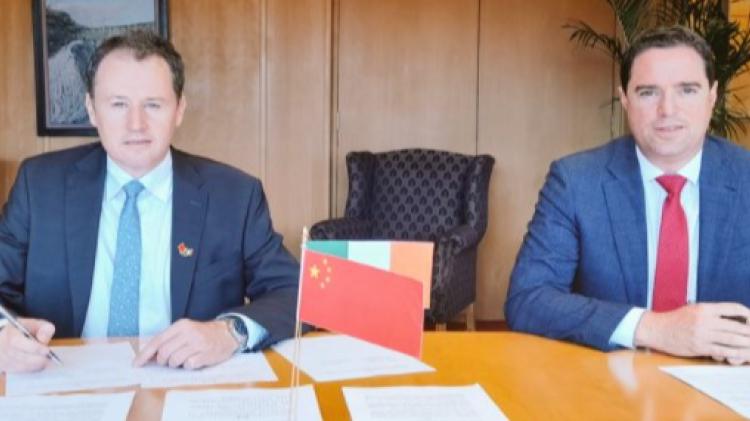