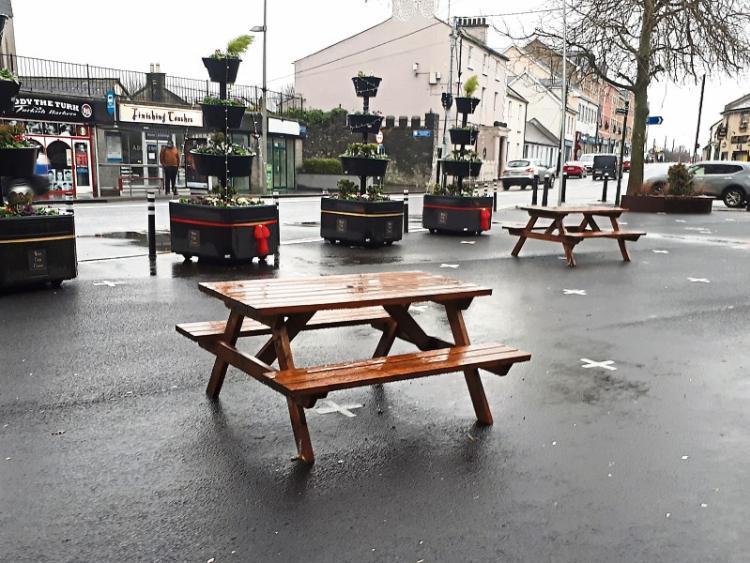 An age friendly parking space looks likely to be provided at Poplar Square.

The square has been largely pedestrianised since last year — a move which was opposed by some traders in the area.

“Naas is supposed to be an age friendly town and the loss of parking spaces in Poplar Square means that an age friendly space is needed,” Cllr Anne Breen told a recent Naas Municipal District meeting.

These are located on the main street behind the bus shelter and opposite the taxi stand in close proximity to the post office, the bank and other services in the town centre. These designated age friendly parking bays are listed in the Naas pay parking bye-Laws of 2017 as approved by the councillors and to move or provide additional age friendly spaces will require a full review of the bye-laws, according to the council.

Cllr Bill Clear said that two set down spaces should be provided near the bus stop as well as an age friendly space.

He also said that these provisions could be changed as the needs of people visiting the square are reassessed.

Cllr Evie Sammon agreed with the need for spaces that are only used for short time periods and these are an alternative to bringing back permanent spaces.

Naas Mayor Fintan Brett said it may be necessary to clarify the age group to which age friendly spaces apply.