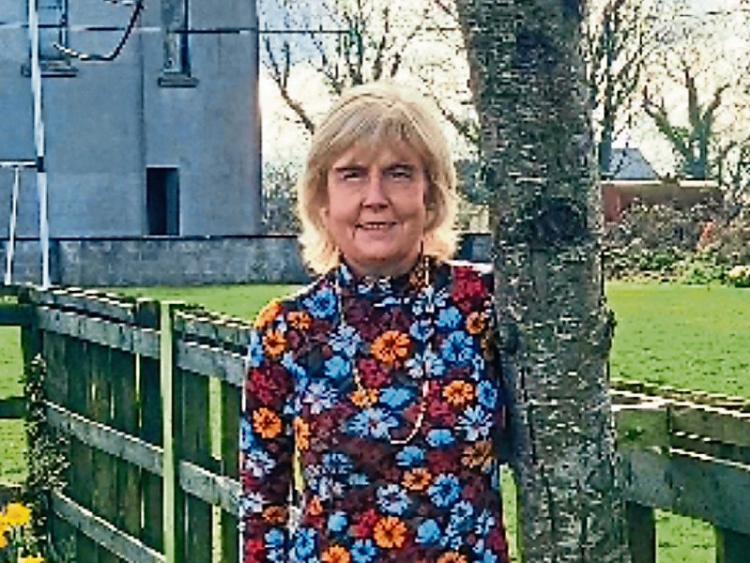 On Friday, March 26, Scoil Mhuire Allenwood said farewell to their esteemed principal Carole Fenton as she retired. Carole leaves behind a great legacy of co-education in Allenwood, where, until 2017, the boys and girls were educated separately.

Carole Moran, originally from Athleague in Co. Roscommon, knew from the age of three that she was destined to follow in her mother Carmel’s footsteps to become a teacher. She was thrilled to get the call into Carysfort Training College in 1981, and when she graduated in 1984, she taught in various schools around Roscommon. From here she did a short stint in Scoil Chormaic, Cashel, Tipperary, but destiny called her to Kildare, where she started working in St Mark’s in Newbridge on January 7, 1987, the same day as Raymond Fenton.

Love blossomed, and in July 1990, following Carole’s Special Ed course in St Pat’s Training college, she and Raymond became Mr and Mrs Fenton. They were blessed with two wonderful daughters Emma and Ruth.

In November 1997, Mrs. Fenton arrived in Allenwood BNS and taught infants until January 2010, when she took over as principal from Judy Curley.

Carole started her principalship in the same way she ended it, with burst pipes, but something so trivial couldn’t phase this Superwoman (the term given to her by some of the children) who oversaw the extension of the boy’s school to add two new classrooms and new toilets.

In early 2017 a decision was taken to amalgamate the boys’ and girls’ schools to bring about what has become Scoil Mhuire Allenwood with Carole taking over as principal. The new school was blessed and opened by Bishop Denis Nulty on October 19, 2017 and has gone from strength to strength in that time.

The next year, on the 27th of June 2018, former Kildare footballer Johnny Doyle opened the school’s AstroTurf, following a huge effort by the Parents Association and the principal. Not one to take it easy, Carole’s next project was the school garden and painting of murals, which is an ongoing project in a school the size of Scoil Mhuire Allenwood.

Since the inception of Scoil Mhuire Allenwood the school has been awarded the amber flag for mental health awareness, the Erasmus flag for wellbeing projects, the active flag and five-star GAA flag.

Carole would be the first to acknowledge she does not do the work alone and credits every member of the team in Allenwood for their work and always made time to listen to what people had to say.

She has a huge affection for the people of Allenwood, Allenwood GAA and the general community spirit that exists in the village.

Carole leaves Scoil Mhuire Allenwood in fine shape as she heads off to enjoy her retirement. No doubt, once covid restrictions are lifted Carole will fit in as much travel as possible, and one thing is for sure, it will not be a quiet retirement.