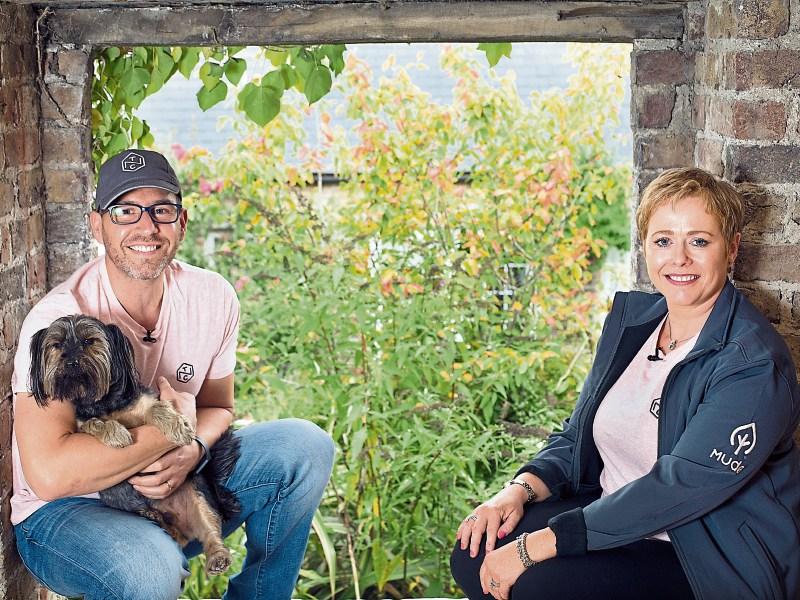 Niall Phelan and Catherina Butler of The Naked Collective and Hagrid the dog. Picture: Tony Gavin

Kildare-based start-up, The Naked Collective, has landed itself a place in the prestigious sought-after VIP goodie bags at this year’s Oscars main pre-event reception prior to the ceremony itself in the Dolby Theatre in Los Angeles this weekend.

The carbon neutral company’s Mude range of drinks will take their place in the VIP goodie bags at the very exclusive pre-Oscars reception event in the Lux Hotel on Sunset Boulevard where all the nominees are expected to attend. This year’s Oscars awards will go ahead as a live show, unlike the virtual awards shows held so far this year.

The Kildare brand’s innovative immunity driven natural vitamin-boosted Mude drinks which are also vegan friendly, will be included in the reception goodie bag.

The Naked Collective’s Leixlip based co-founder Niall Phelan said “We are delighted that we will be present at this year’s Oscars celebrations in Los Angeles, a refreshing Mude drink will be gifted to a list of over 150 Oscar nominees and influencers attending the world’s most prestigious film awards event.

“An LA based wellness magazine came across its drink and made the connections that led to it being included in this year’s Oscars’ gift bags.

“Obviously it would be amazing if one of the nominees took an Instagram of themselves with our drink in their hands but even if that doesn’t happen this is amazing in terms of getting the brand out there.”

The Naked Collective’s Mude range of isotonic vegan friendly vitamin drinks are going to be stocked initially in over 1,000 stores across North America.

Listing deals have been signed for over 600 stores across Canada including rollout in Sobeys, the country’s second biggest retail chain, Fortinos Supermarket Ltd and UDG. The drinks will also be hitting 400 Natural and Premium stores in New York which kicks off their US rollout.

The company’s drinks contain no added sugar and a clean label ethos means fewer simpler ingredients from natural sources all of which are key to a new generation of consumers who want to protect both the planet and their bodies.

In addition, the drinks are non-GMO, vegan, with no preservatives, no sweeteners and no stabilisers.

The company has already taken onboard well-known ambassadors to help shape its sustainability and wellness directions such as ultra-endurance athlete and charity-educational activist Mark Beaumont, who famously cycled around the world in 80 days and the well-known 360 creative music artist, climate change expert and environmentalist Elle L.

The Naked Collective is investing in initiatives that support the environments in which they operate. Investments include regeneration of bogland in Abbeyleix and a Galway City Urban Renewal project in partnership with Ark2030.

Internationally they are partnering with Hoja Nueva Sanctuary in Peru, a non-profit charity who work on the rewilding of endangered animals.

In addition, throughout the month of April, the company is committing 20% of proceeds from Mude drinks online sales to the the Hoja Nueva non-profit in celebration of Earth Day 2021.