Perfect Timing! Here's everything new on Netflix for the Bank Holiday weekend 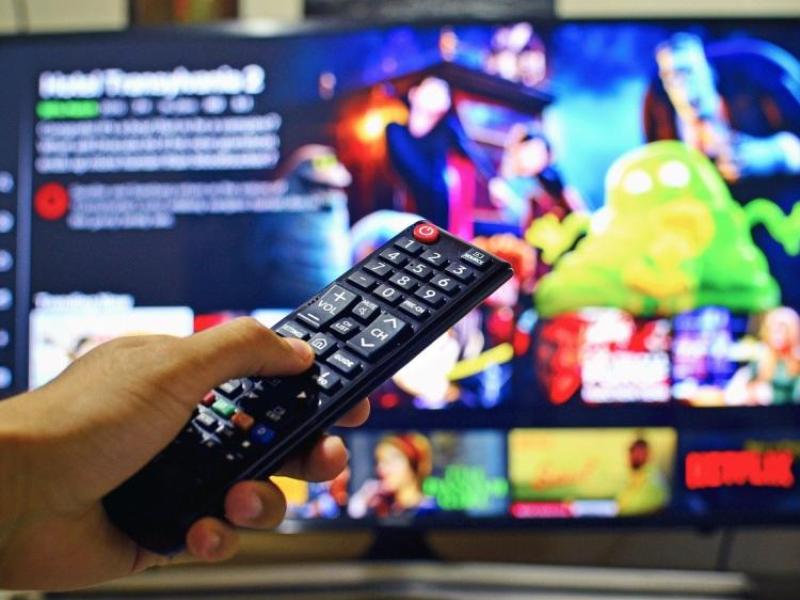 Netflix has released the details of all the new shows, documentaries and movies coming to the streaming platform just in time for the Bank Holiday weekend.

Grab some popcorn and snacks and let the long weekend begin!

The Mitchells vs. The Machines

A quirky, dysfunctional family's road trip is upended when they find themselves in the middle of the robot apocalypse and suddenly become humanity’s unlikeliest last hope!

The Mitchells vs. The Machines is an animated action-comedy about an ordinary family who find themselves in the middle of their biggest family challenge yet…saving the world from the robot apocalypse. No big deal, right?

It all starts when creative outsider Katie Mitchell is accepted into the film school of her dreams and is eager to leave home and find “her people,” when her nature-loving dad insists on having the whole family drive her to school and bond during one last totally-not-awkward-or-forced road trip. But just when the trip can’t get any worse, the family suddenly finds itself in the middle of the robot uprising! Everything from smart phones, to roombas, to evil Furbys are employed to capture every human on the planet. Now it’s up to the Mitchells, including upbeat mom Linda, quirky little brother Aaron, their squishy pug, Monchi, and two friendly, but simple-minded robots to save humanity.

An adaptation of the Harlan Coben novel.  One night, Matt innocently tried to break up a fight and ended up an homicide. Now, nine years later, he’s trying to start from scratch with Olivia, his wife. A shocking call from Olivia’s phone while she’s on a business trip unsettles Matt, and he will start a frenetic race to discover the truth. His innocence will be questioned again, this time by Lorena, a police inspector investigating a suicide case.

A Manhattan couple moves to a historic hamlet in the Hudson Valley and come to discover that their marriage has a sinister darkness, one that rivals their new home’s history. Based on the acclaimed novel by Elizabeth Brundage.

Learn all about sleep, your relationship with it, and how to build healthy habits for a more restful night in Headspace Guide to Sleep. Over the course of seven animated episodes, Headspace Director of Meditation and Mindfulness teacher, Eve Lewis Prieto, reveals the science behind a healthy night’s sleep and provides tips on how to get the best sleep you’ve ever had. Each fifteen minute episode explores a different aspect of our relationship with sleep—such as insomnia, stress, our phones, and even sleeping pills—followed by a guided wind down designed to help you on your journey to a better sleep. Headspace Guide to Sleep is the second of three series with Headspace and Vox Media Studios including Headspace Guide to Meditation, which is now streaming, and an upcoming interactive experience.

She(ela) is back, and she's here to stay. Osho’s controversial and sassy ex-secretary, Ma Anand Sheela returns to India after 34 years of exile and people just can’t get enough of her. Searching for Sheela is an intimate look into her journey across India, observing the rebranding of her as a pop-culture icon, with audiences unable to decide if they deem her a "criminal" or remain in awe of her badass secretary days. Sheela, now frail and 70, in the twilight of her life, appears to be seeking redemption, but is she? And if she is, does a world consumed by spectacle allow her the space to? Find out for yourself in Searching For Sheela.

Follow talent management agency Pets on Q as they work with the biggest animal influencers on social media in this reality series.

Whether helping out his friends or making new ones with sister Chrissy, Cory is always on the move and ready for any adventure that comes his way!