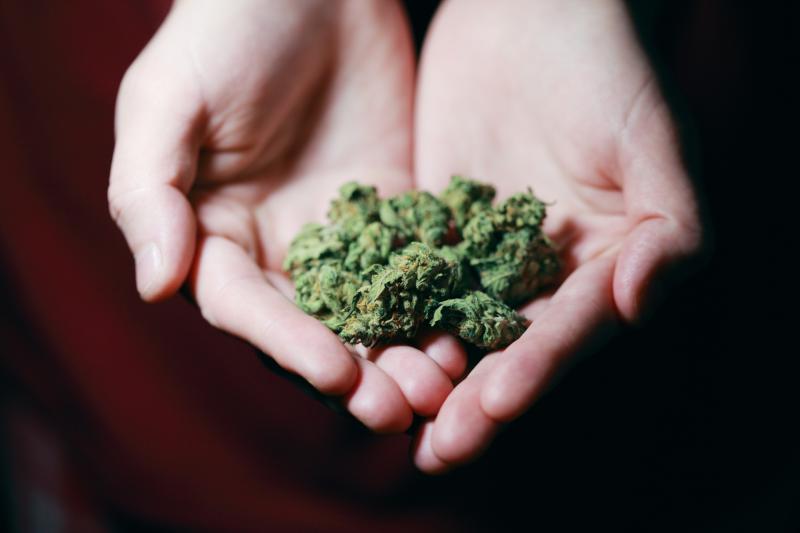 The College of Psychiatrists of Ireland (CPsychI) has warned that cannabis represents the “gravest threat to the mental health of young people in Ireland today”.

The CPsychI says that the combination of increasingly potent strains of the drug and a widespread conception among the public that it is generally harmless have had devastating effects.

The warning was made at the launch of two new and detailed information leaflets on cannabis, aimed at the general public and medical professionals. The public-facing leaflet, entitled “Cannabis and your Mental Health”, examines cannabis use in Ireland, its general risks, and its effects on mental health.

Between 2005 and 2017, the number of hospital admissions of young people with a cannabis-related diagnosis increased by 300%. While one in three young people are likely to become addicted to cannabis if they use it weekly or more often.

The THC levels in cannabis have increased dramatically over recent years.  Samples of cannabis seized by Irish authorities have found THC levels (the psychoactive substance which creates the ‘high’) of up to 16%. Cannabis with THC levels of over 10% is known as ‘high-potency’ cannabis.

For reference, in 2000 analysis of herbal cannabis showed THC levels of 6% on average. Increasing cannabis potency has been noted across Europe, with potency doubling over the period 2006 to 2016.

Speaking today, Dr William Flannery, President of the CPsychI and Consultant Addiction Psychiatrist, said: “Cannabis represents the gravest threat to the mental health of young people in Ireland today. It is by far the most widely used illegal drug in the country and we know that its potency has spiked in recent years, leading to a significant rise in hospital admissions among young people with a cannabis-related diagnosis.

“However, despite this there is still a general feeling among the public that the drug is mostly harmless. This conception needs to be challenged at every turn because psychiatric services are under huge pressure due to this problem.”

Dr Gerry McCarney, Consultant Child and Adolescent Addiction Psychiatrist, said that the risks of cannabis addiction were significant. “As many as one in three young people who use cannabis weekly or more often will likely become addicted. When you consider how potent the drug has become in recent years, it is obvious we are facing a perfect storm which has the potential to overrun our psychiatric services. We cannot overstate the danger that this increasingly potent drug poses to young people’s mental health.

“Adolescents are at particular risk from mind-altering substances such as cannabis as their brains have not fully developed. Cannabis can be hugely damaging to young people, affecting their ability to learn social and problem-solving skills, while potentially stunting cognitive ability and general emotional intelligence.

“We are calling on the Government to conduct an urgent review of cannabis use in Ireland and its related harms, as well as initiating a comprehensive public awareness campaign on the dangers of the drug.”