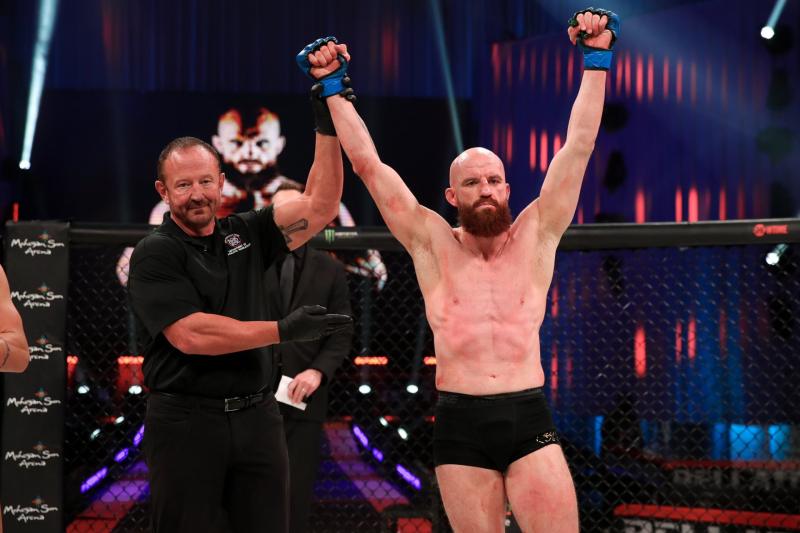 The Irish MMA fighter caused the fight to be called off after a series of elbows from his back to the Brazilian’s head at the end of the second round.

The main card lightweight match-up, held at the Mohegan Sun Arena in Connecticut, was aired in the early hours of Saturday morning, Irish time, on Virgin Media Two. The Waterford native was cornered by fellow SBG Ireland and Bellator fighter James Gallagher for the fight.

Queally’s last victory was a stunning comeback win over Ryan Scope in front of a Dublin crowd at the Three Arena in September 2019.

‘The Showstopper’ is now seeking a title shot at the Bellator promotion’s lightweight belt - which is currently held by Patricky Freire’s brother Patricio.

Queally, a team-mate and business partner of UFC star Conor McGregor, opened SBG Naas, located at Ladytown Business Park between Naas and Newbridge, in October 2018. Before the Covid-19 lockdowns, which have temporarily shut the doors on fitness centres, the popular gym offered children’s and adults classes in striking, wrestling, Brazilian Jiu Jitsu and Mixed Martial Arts.

Watch the moment of Queally's victory below:

Some big elbows at the end of R2 saw the doctor rule that Patricky Pitbull could not continue!