Traffic delays for most of morning 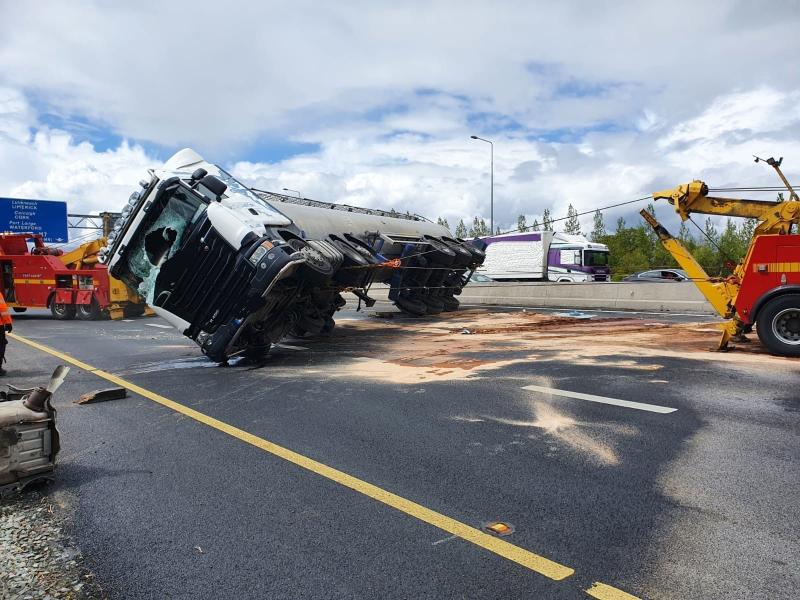 Emergency services attended the scene of a milk tanker crash on the M7 motorway southbound between J8 Johnstown and J9 Naas North this morning. The driver of the vehicle was not seriously harmed, according to gardaí.

Traffic was initially reduced to two lanes in each direction due to spillage from the tanker, which slowed traffic in the area.

The road was later closed southbound, with diversions in place, while the tanker was removed and road cleaned up. The motorway reopened mid-afternoon. 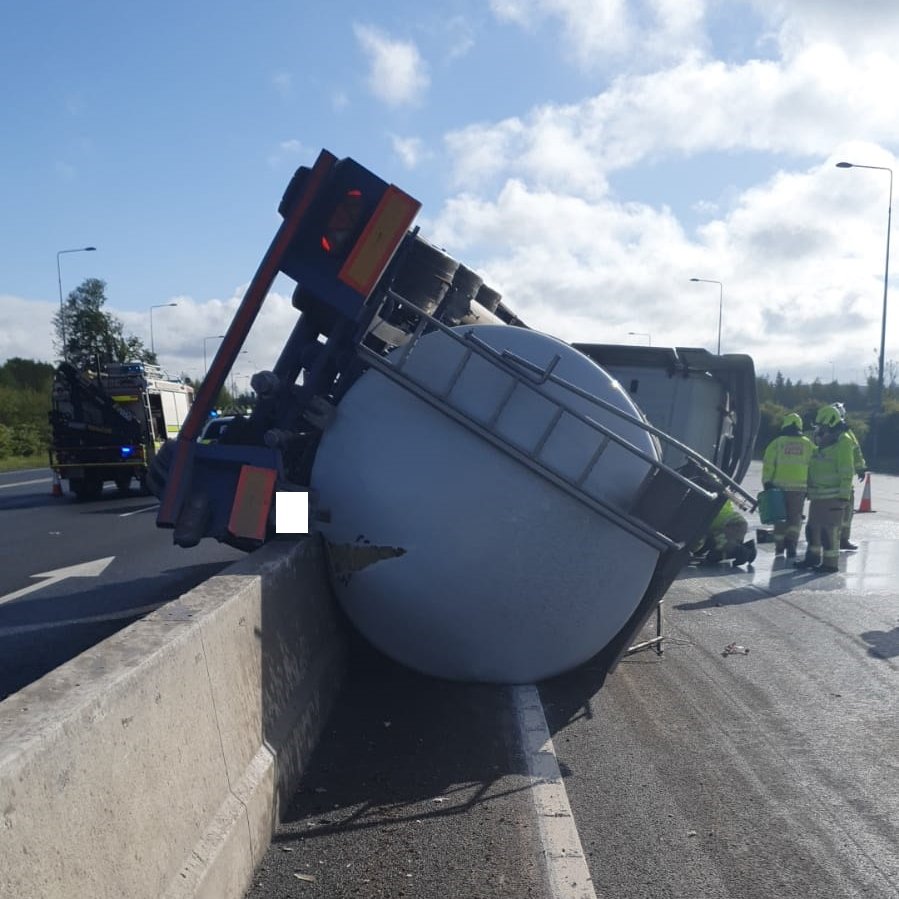 Emergency services at the scene of the overturned milk tanker