Manager reflects on win over Cork 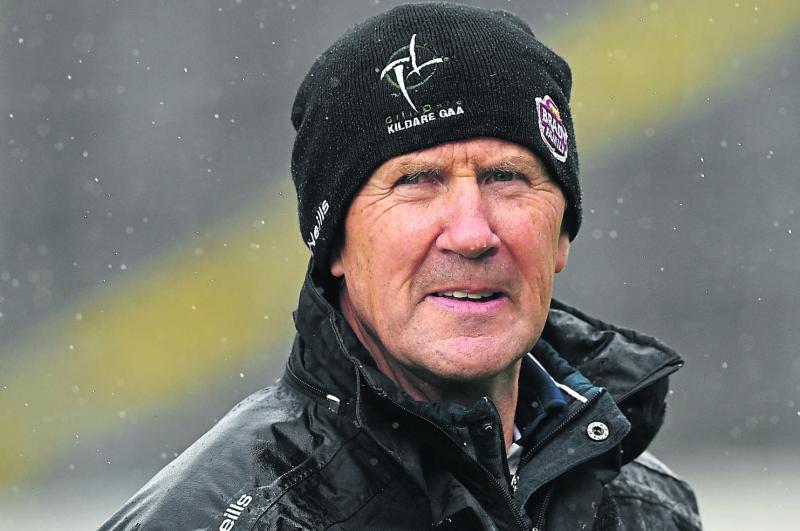 I'm a lot more happier than I was the last time I spoke to you lads which was after the Meath game in the Leinster semi final last November. The words of Kildare manager Jack O'Connor following Saturday's victory for his charges against Cork.
“It was a good win for us; a good start; we were targeting this game hopefully to get a bit of belief into the squad; we have huge changes in the panel from the one we inherited last year and that today will give them great belief.”
The Kerry native added that as well as the young new lads we brought in the experienced Fergal Conway today while Ryan Houlihan has not played at this level for almost five years so it was great that they got a good run under their belts but look lads we are not getting carried away with today's win but it will certainly grow the belief in the squad; we are heading in the right direction; going the right way and that is what this game will do for the squad.”
While admitting that Saturday's game was a big one for Kildare Jack O'Connor is quick to point out that “the next game against Clare, next Sunday, is our next big game but we will try and keep in just one game at a time; Clare beat us below in Ennis last year and we are certainly not going to under estimate them in Newbridge next Sunday, I just hope that the boys will grown in confidence-wise and believe-wise after this; that is a game that could have got away from us early on.
“Cork looked very comfortable in the opening ten to fifteen minutes but once we got to grips with their running game we were able to hit them on the counter attack but were somewhat lucky to be ahead by a point at half time, Cork missed some very scorable chances in the opening half but in the second half we drove on a bit and obviously Kevin Flynn's goal was a real turning point because it gave us great belief.”
Asked about Kevin Flynn's goal, the manager said “I remember saying to Kevin after he found himself in that position a few times last season that 'instead of blasting the ball, do what Gooch used to do and place the ball' and that is what he did , lovely finish, delighted for him because he is a great bit of stuff.”
Jack admitted that it looks like Daniel Flynn pulled his hamstring again, adding “in fair to him he kept us in the game in opening ten minutes or so, he was on fire and losing him was a blow but in fairness to Neil Flynn kicked a couple of great scores, good to have strength to the bench.”
Suggestions that the defence looked more solid on the day brought a quick response from the manager: “after the game against Meath there was only one way that could go; we had to tighten up a little bit and we put a bit of emphasis on that for this game but you can't forget the attacking side of it and I think we got the balance right on the day today.”