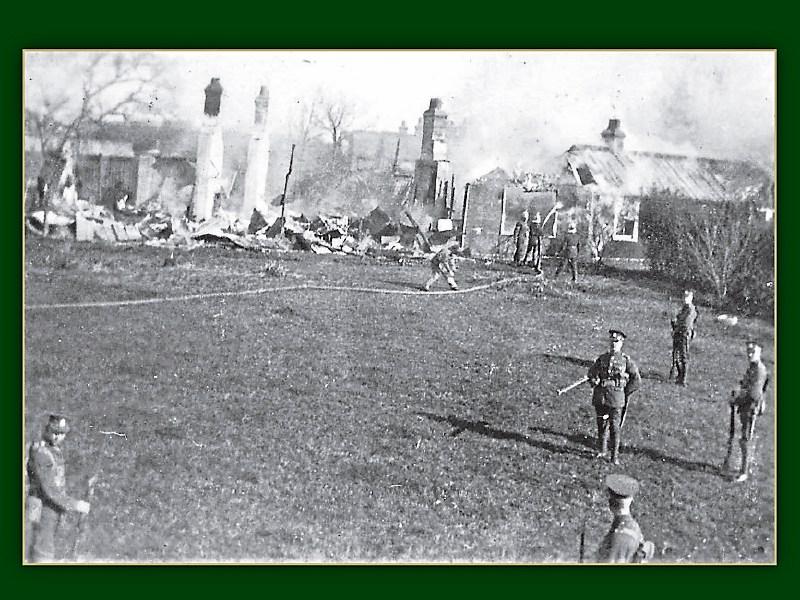 The front cover of the book

The County Kildare Decade of Commemorations Programme has produced a new publication detailing many of the events that took place throughout the county during the War of Independence period.

The book is available to download freely at www.kildare.ie/ehistory.

Physical copies of the book will be available free from May 25 via Kildare’s public library network and heritage centres, in line with the current Covid-19 access restrictions. Please note that libraries are operating an online booking system where users must reserve a 30 minute slot. This visit is for browsing and lending only: please book at www.kildare.ie/library/OnlineBookingSystem.

Copies will also be distributed to secondary schools within the county.

The publication will be of interest to anyone curious about the history of Kildare, particularly local history groups and secondary school students. It will help them navigate the period of the Irish War of Independence as it happened in the county. The main incidents on the national stage are included to give it context.

According to the committee: “Much of the information comes from the local and national newspapers of the day and while an event may be recorded, there may be further information in the newspapers and other sources. We hope to encourage students to look further.

“Not every arrest or raid for arms is recorded; not every incident involving the cutting of wires, roads being trenched or bridges being damaged is documented, so researchers are encouraged to go back to the sources and history books and look for more.

“This is a timeline, a listing of notable events by date, not a comprehensive history, but it will bring new events and information to light which hopefully will lead to further research.”

On May 25, 1921, ​the Custom House, Dublin, was burned by the IRA. Involving over 100 volunteers, the incident resulted in the death of five and arrest of about 80 Volunteers. Three civilians were also killed. ​

On May 25-26, the IRA fired shots at Kilcullen RIC. Barracks at three different times during the night. The police in the barracks replied with rifle fire. Roads from Kilcullen to the Curragh Camp had been blocked or trenched and telegraph wires cut. ​

The County Kildare Decade of Commemorations Committee has been active in its work since 2015.

From the outset, it has proudly worked to create a legacy of research and material for future generations. It is supported by the Department of Tourism, Culture, Arts, Gaeltacht, Sport and Media under the Decade of Centenaries 2021-2023 initiative, Kildare County Council and Kildare Library Services.

The support of the Chair and members of the County Kildare Decade of Commemorations Committee is gratefully acknowledged.

Enquiries about A Timeline of the War of Independence in County Kildare 1919-1922 can be sent to cilldara2016@gmail.com.