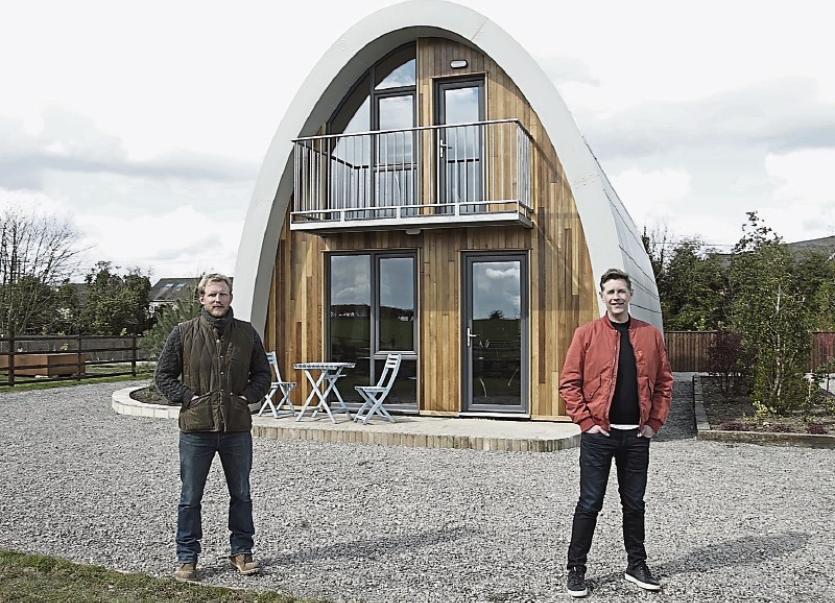 The celebrity architect’s new two-part show features people who have designed, renovated and rebuilt spaces — from an old bus to a disused pub — during the pandemic.

Local leather craftsman and designer Garvan de Bruir spent the lockdown building a prototype of his ‘Aviator Haus’ on a site at Loughminane.

The self-designed and built two-bedroom timber building is constructed on principals of sustainability and efficiency. 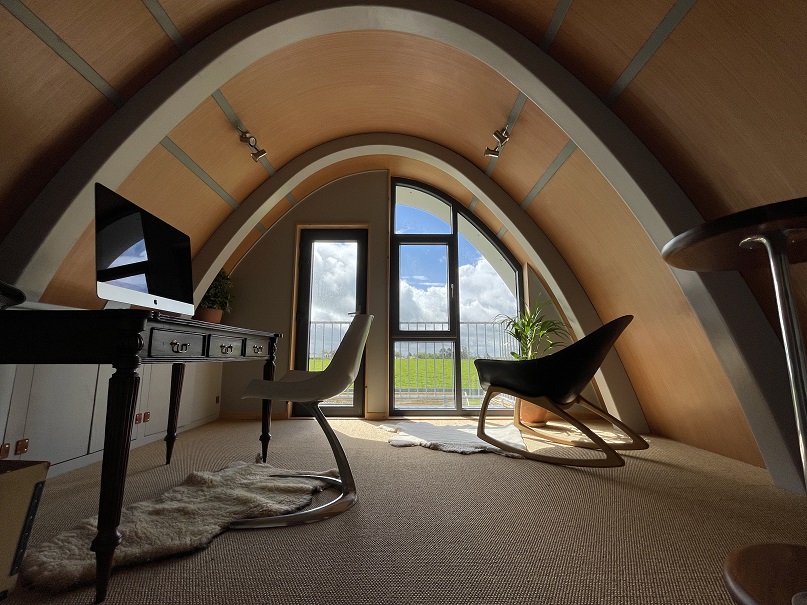 The upstairs front room shows off the building's arch

Garvan used engineering concepts from early timber aircraft to produce a light but strong prefabricated structure, covered by a single curving shell which functions as both a roof and outer walls.

The designer mimicked ideas found in nature — in this case, the shape of an cocoon — for a design that uses a reduced amount of timber to create, thus being environmentally sustainable.

The interior features a stunning curved spiral wooden staircase, plus the designer’s signature touches such as leather handles and hinges on the cabinets.

Dermot Bannon was impressed with the project, noting that the Kildare designer ‘might be on to something’ with his sustainable and economical concept.

“It’s different — it’s nothing like anything else I’ve ever seen,” he remarked.

Dermot Bannon’s Super Small Spaces is available to watch on the RTÉ Player.