Sorry folks but Met Éireann says the good weather is going to break - but when? 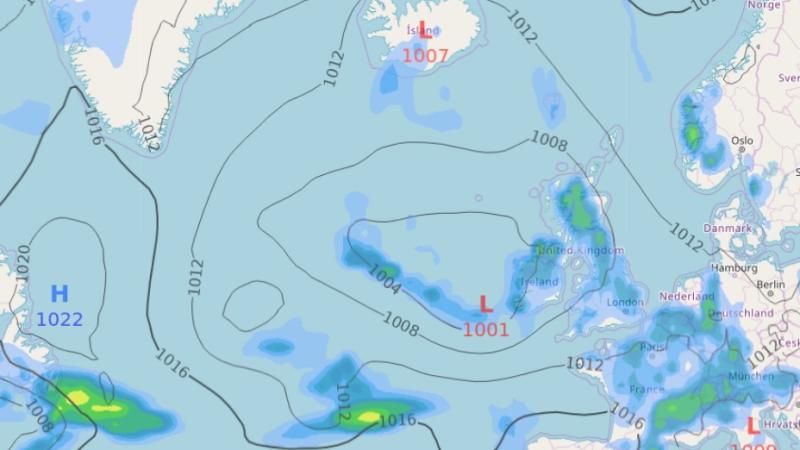 Met Éireann chart is a flavour of what to expect

All good things must come to an end and unfortunately for that's the case with the latest spell of weather which Met Éireann is forecasting is about to be coming to an end with a week of wet 'fresher weather to come.

Ireland's meteorologists at forecasting HQ in Glasnevin expect expect the dry, warm and sunny spell to end on Friday with widespread heavy slow moving showers are in the forecast for Sunday.

The outlook is that after patchy rain on Friday night into Saturday it will become more humid and showery for the weekend and early days of next week.

There are going to be spells of wet and breezy weather next week with conditions not picking up until the second half of the week.

The forecaster has even borrowed a line from the ad before the RTÉ forecasts which has the unforgettable line 'heavy downpours expected'.

Met Éireann's farming section sums up what we can expect in Ireland when it comes to rain over the next week.

"Over the coming 7 days, more unsettled weather is expected with heavy or thundery downpours or longer spells of rain. As a result, rainfall totals will vary a lot with some places potentially averaging out 2 to 3 times wetter than normal, while local averages will vary most places will see at least near or above normal values for the time of year," says the forecaster. MORE DETAILS BELOW TWEET.

What's in store the rest of this week?

A lot of dry warm weather for the rest of the week, with hazy sunshine️ at times and just a few showers️

Turning more unsettled from the southwest later Friday and over the weekend with some heavy downpours expected️ pic.twitter.com/tHxnPOIHui

FRIDAY
Mist and fog will clear most areas during Friday morning. Dry at first, with well scattered showers developing towards the afternoon, and more persistent rain moving into the southwest later in the afternoon. Warm spells of hazy sunshine too at times, in just light southerly breezes. Highest temperatures of 18 to 22 degrees generally, though slightly cooler under cloudier skies in the southwest.

Patchy outbreaks of rain will move up across much of the country overnight, however it Ulster will remain mostly dry. Remaining mild and muggy overnight with lowest temperatures of 12 to 14 degrees, in mostly light to moderate southeast breeze.

SATURDAY: Overall cloudy with scattered outbreaks of rain mostly in Muster and Leinster during the morning. Sunny spells and slow moving thundery showers will spread from the southwest during the afternoon leading to spot flooding in places. Highest temperatures of 17 to 20 degrees, in a light to moderate easterly breezes veering southerly during the afternoon and evening.

Very mild and humid with some further showery rain at times. Mist, hill and coastal fog in parts too. Lowest temperatures of 13 to 15 degrees, in just light southerly breezes.

SUNDAY: Widespread heavy slow moving showers will develop once more, especially in north and east during the afternoon and evening with thundery downpours leading to spot flooding. Humid and rather warm with highest temperatures of 16 to 20 degrees Celsius, in a light to moderate southerly breeze.

Scattered showers will continue, mixed with some clear spells. Lowest temperatures of 12 to 14 degrees, in light to moderate southerly breezes. Mist and hill fog in parts too.

MONDAY: Further heavy showers will develop on Monday mixed with sunny spells.
Remaining humid with highs of 17 to 20 degrees generally, holding a little cooler in the southwest as mostly moderate southwesterly winds become fresh at times along southwestern and western coasts.

Further Outlook: Low pressure will move up across Ireland on Monday night with spells of wet and breezy weather. Fresher, showery conditions will follow on Tuesday and Wednesday with temperatures gradually recovering as the week progresses.