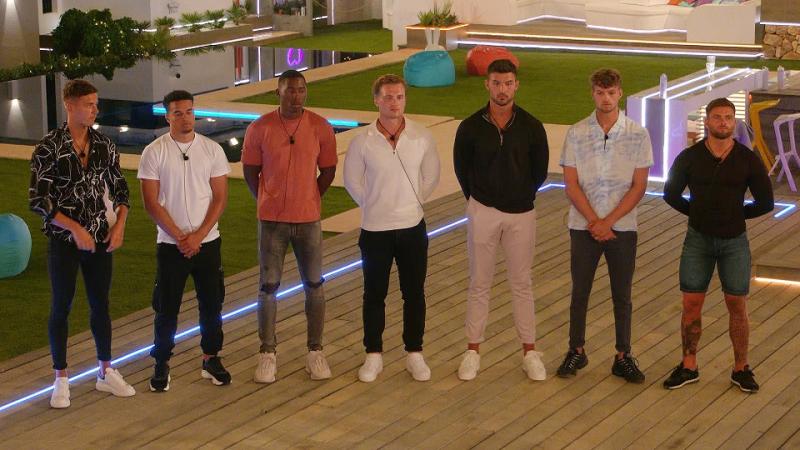 Two boys will be left single after tonight's recoupling

Two boys will be left single in the Villa as a recoupling rocks Love Island tonight, Friday, July 2.

Chuggs and Liam meet their fellow Islanders for the first time on yesterday's show. Tonight, following their dates with the boys, Sharon and Faye have a debrief with the girls.

Faye, who paired up with Welsh brickie Liam, was impressed, saying: "Basically, I’m getting married next week guys.”

Reflecting in the Beach Hut on the boys’ arrival, Kaz says: “Hugo and Aaron are going to have to run and work 10 times harder.”

Is Faye ready to put all her eggs in Liam’s basket? Does Liam feel the same way about Faye? 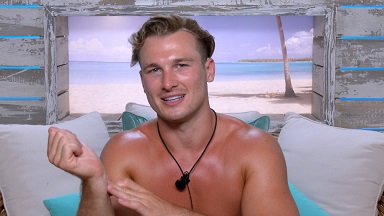 The next day, Chuggs makes it his mission to get to know all of the girls better - and he pulls Chloe for a chat.

THE ISLANDERS RECOUPLE AS TWO BOYS ARE LEFT SINGLE 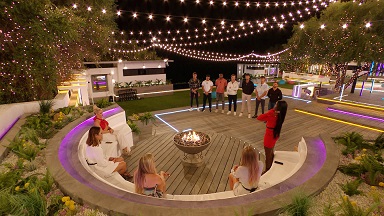 As the Islanders are relaxing at the Villa, Chloe receives a text which reads: “Islanders. Tonight, there will be a recoupling in which the girls will choose which boy to couple up with. #toomanymennotenoughtime #girlpower”

It’s the first recoupling of the series and tonight the girls have all the power as they’ll each be choosing which boy they want to recouple with. But with five girls and seven boys, two boys are about to be left single.

The boys line up in front of the fire pit and the girls take the stand one-by-one. Kaz says: “I would like to couple up with this boy because every time we spend time together he makes me feel really happy. I’m excited to get to know him more and more each day.”

Followed by Sharon who says: “I would like to couple up with this boy because when I’m around him he makes me feel very comfortable. He’s got a really good sense of humor and he makes me laugh all the time and it’s never awkward.”

Liberty, Faye and Chloe then all stand up and choose who they want to recouple with. Two boys are then left single, but what will be their fate?