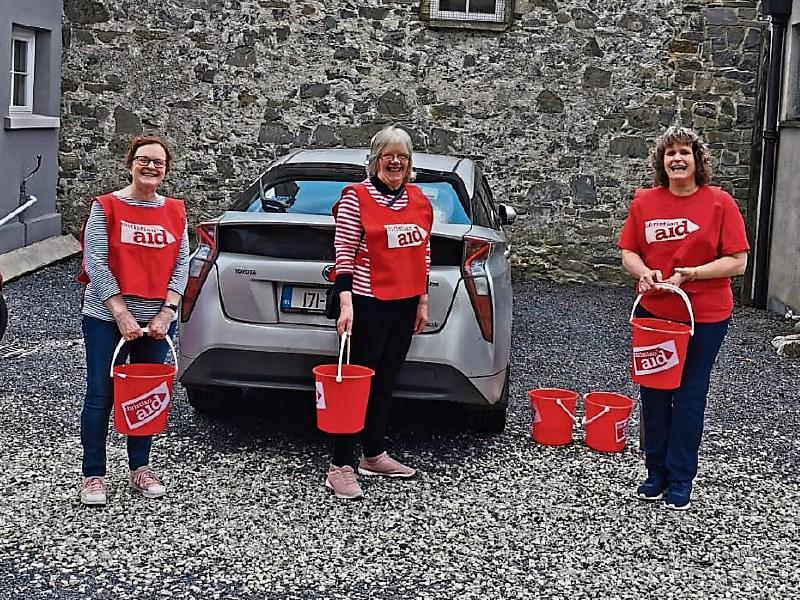 A water-carrying challenge by four Kildare women has raised more than €1,200 for an overseas aid agency and highlighted the impact of climate change on some of the world’s poorest people.

Elizabeth Waldron, Florence Bass, Liz Butler and Dee Huddleston completed their challenge on May 29, carrying buckets of water around the three churches in the Anglican parish of Celbridge, Straffan and Newcastle-Lyons to which they belong.

The women completed 25 laps of each church, 75 in total, to reflect the 75th anniversary of Christian Aid.

Their walk was inspired by Rose Jonathan (68), a widowed grandmother from the Kitui region of eastern Kenya where severe drought and a changing climate mean that she must spend up to seven hours a day walking to fetch water for her family and livestock.

Rose has been the sole carer for her six grandchildren since her husband died and her daughters moved to the city for work.

In the rural areas of many African countries, it falls to women and girls to collect water for their families and farm animals, and in drought-affected regions this can involve long and often dangerous journeys on foot. In Kenya, Christian Aid is responding to the crisis by funding the building of earth dams (low-tech community ponds) which capture and store water when the rains do come.

Mrs Huddleston, a member of Straffan Church of Ireland, is the Church and Community Officer for Christian Aid Ireland. She joined the charity’s staff in 2019 after many years as a volunteer.

She said: “It’s hard to imagine the worry Rose must feel, seeing her crops fail and her water supply run low. All over the world there are women like Rose who are struggling with poverty and climate change. Our walk was for them.”