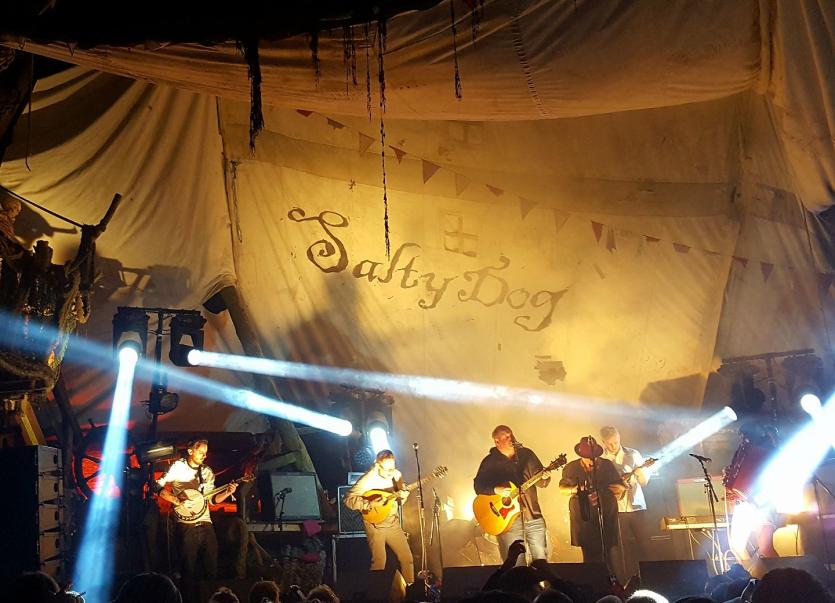 Pogueology play the Salty Dog stage at the Electric Picnic

An Electric Picnic licence application has drawn just over a dozen submissions from the public under the Laois County Council's consideration of bid from the promoters of the event in Stradbally.

While many local opposition views have been articulated on social media and by politicians, it appears the publicised licencing process has not caused many people to make their views known in written submissions to County Hall planners in Portlaoise.

Joe Delaney is the Director of Services in the council's planning section. Staff there will adjudicate on the application in consultation with agencies like of the HSE and Gardaí.

Asked by our sister paper the Leinster Express how many submissions had been received, Mr Delaney said staff are still collating the contributions but confirmed that 14 have been made by the public.

The Electric Picnic submitted its application in April and updated it in June. The deadline for submissions passed on July 13. The issue is set to be raised by Cllr Paschal McEvoy at the upcoming meeting of Laois County Council.

The Fianna Fáil councillor who represents the host town Stradbally will ask other public representatives in Laois to back a motion calling on NPHET to intervene due to the ongoing Covid-19 pandemic.

The organisers want a licence for a 70,000 capacity even from September 23-27. They say in there application to the council that a detailed Covid-19 plan would be agreed with public health officials in accordance with the public health guidance that would be applicable at that time. rector of Cork's Indiependence music and arts festival called for a plan that would allow festivals to take place.

"I think we're currently the only one now with no kind of a roadmap", said Mr Shane Dunne.