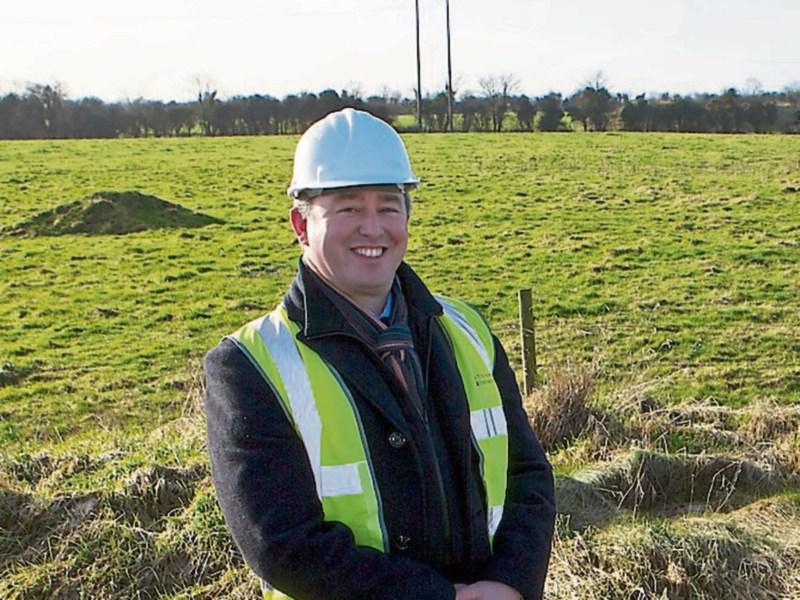 File photo of principal Ciaran Keegan, at the site of the new Naas Community College

The Naas secondary schools can accommodate the vast majority of students moving from primary to secondary education.

However a small number of students in the Naas are as of now without a place in first year when the second level schools reopen in September.

Naas Community College principal Ciarán Keegan said that there is a waiting list of 50 students seeking a place in the Craddockstown Road school.

However it is not clear how many of these will have secured places in other schools by the time the academic year starts.

“We will have 120 first year students this year but this will increase to 180 when we move into the new school building,” said Mr Keegan.

NCC, which will have 650 students on the roll book come September, is due to relocate to a brand new facility which is under construction at Millennium Park and will open before the end of the year.

It is also known that the Department of Education and Science asked NCC to consider opening another classroom to deal with the expected influx of students, but this request was later withdrawn by the department on the basis that there is sufficient capacity inthe town.

“However some parents may disagree with this,” added Mr Keegan.

There will be 192 students coming into the all girls St Mary’s College in September.

Principal Mark Dowling said that while there were up to 70 students without a place in Naas earlier this year, this has reduced substantially following meeting and cooperation between the school principals as well as parents.

In most cases students are graduating from primary school but a number of families have returned to Naas area having spent some time working abroad.

Mr Dowling believes that while not every student will get a place in their preferred school, there are sufficient places to accommodate everyone.