Find out where to experience the best craft beers in Ireland 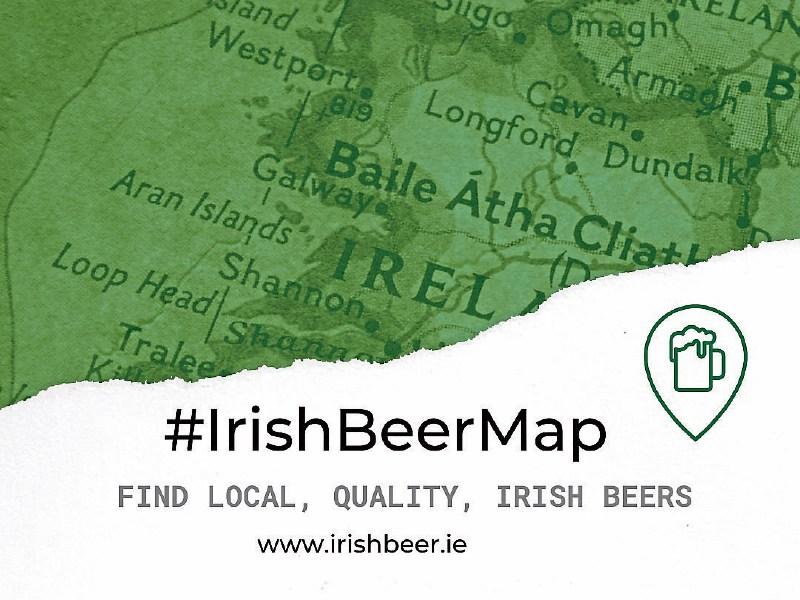 Three Kildare breweries were recently announced as taking part in a nationwide initiative to promote Irish craft breweries with the launch of a new online Irish beer map.

The resource was created to highlight the abundance of quality, independent craft breweries that are located throughout the country and to generate public interest in beer provenance, by linking craft breweries to specific destinations. The map, which currently has 60 breweries listed is available to view at irishbeer.ie.

Similar to ‘wine terroirs’ in other countries, the Irish Beer Map has the potential to build provenance of Irish beers and to directly link breweries to distinct regions for residents and holidaymakers.

From Kildare, Rye River, Kildare Brewing Co. and The Dew Drop Brewhouse are taking part in the initiative.

Rye River Brewing Company from Celbridge was founded in 2013 by Tom Cronin. Tom had worked in the drinks industry for many years for some large beer brands and through this, he saw an opportunity to tap into quality, small batch, locally-produced beers as consumer trends pivoted to ‘drink less but better’.

The brewery prides itself on its relationship with local customers and giving back to the area. The brewery is a local employer in the area and has a partnership with the WRAP programme at St John of Gods. In addition to this, the brewery has also implemented sustainability measures on-site which include: Reducing the number of logistics required to produce 1 HL of beer, source raw materials, along with reducing the frequency of waste and spent malt collections.

Kildare Brewing Co., from Sallins, was founded in 2017. Founded by Barry Flanagan, the inspiration behind this brewpub came from the realisation that the range of mainstream beers that were widely available lacked flavour and had no provenance to the local area where they were made.

Kildare Brewing Co. has integrated into the vibrant community of Sallins, providing Kildare's first ever brewpub which is based along the beautiful and picturesque Grand Canal.

All of the malt used is by the brewery is sourced from Minch Malt, which is located further along the Grand Canal in Athy. This means customers can enjoy a flavoursome beer while looking into the brewery from where it was made.

Through brewery tours, the brewpub add to the tourist attractions in the town and it is also the main sponsor of Sallins GAA along with sponsoring a Green Mile along the Grand Canal.

The Dew Drop Brewhouse from Kill was established in 2015. It is part of the The Dew Drop Inn establishment which was taken over in 2007 by Ronan Kinsella and Paul Lenehan who also own and operate Hartes of Kildare in Kildare town and Ashtons Gastropub in Clonskeagh, Dublin 6.

In 2012, the pair were inspired to set up their own brewery when drinking English ales and seeing the exciting world of craft beer expand. The brewhouse’s top priority is serving quality draught beer to locals, and it takes pride in being a prominent part of the Kill community which has resulted in its continued success.

The Irish Beer map aims to raise awareness of the vibrant Irish microbrewing industry and to encourage consumers to seek out local beers wherever they are. The Irish Beer map is created in conjunction with the Independent Craft Brewers of Ireland (ICBI) and is supported by Bord Bia. Craft breweries who are not yet listed on the map are asked to register interest using the website contact form.