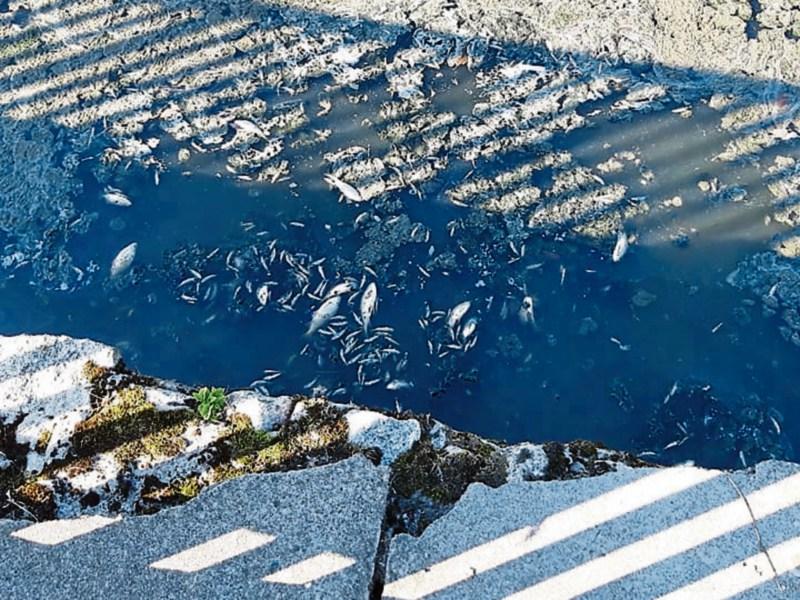 The dead fish at Lakeside Park in Newbridge

Last week’s heatwave lead to a massive fish kill at a lake in a Newbridge estate.

“The smell was dreadful. The fish were floating on the surface for days. The swans and the pigeons have begun to eat the dead fish now. I rang everybody but nobody would help,” said Dara Park resident and local committee member Joe Burke.

However, Kildare County Council has said that there should be no fish in the man-made lake in the first place.

Speaking last Thursday, July 22, Joe said he had called the Environmental Protection Agency (EPA), Inland Fisheries Ireland, the council and other agencies. An environmental representative came out on Monday, July 19, to test the water.

“I had to ring for the results and they said there was no oxygen in the water,” he added. “I called the council, everyone, but no one wanted to help.”

Joe explained how there used to be a fresh stream that flowed into the lake prior to the Lakeside Park housing estate being built, but that was diverted at the time.

He recalled how fishing competitions used to be held there before the diversion.

“There is no fresh water entering the lake. It would be great if we had a fountain in the middle of the lake to help oxygenate it,” he said. 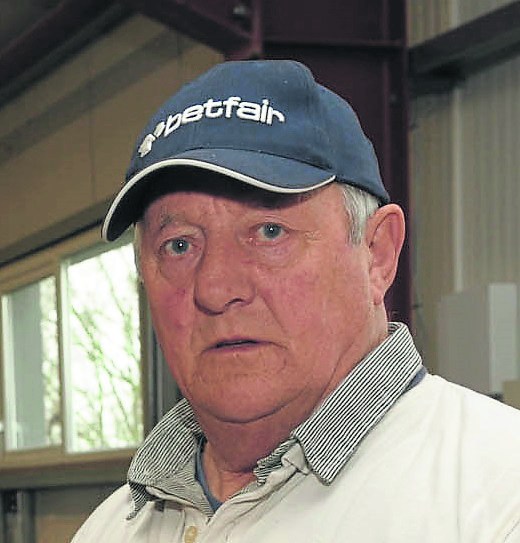 The addition of some oxygen-generating plants was also raised.

“The same thing happened about five or six years ago when we had a similar heatwave,” added Joe.

The lake is home to a variety of wildlife including swans and ducks.

“The two islands are being taken over with dogwood and that needs to be tackled as well,” he said.

Joe said the lake had contained bream and sprats.

The fish were added to the lake over several years by some local people.

Sinn Fein councillor, Noel Connolly visited the site last week. He said he had contacted the council about the situation.

“They told me they would take the dead fish from the lake to help alleviate the problem,” he said.

“I also asked them about the stream that was diverted several years ago and if a fresh water supply could be introduced to the lake, or if a fountain could be installed to aggitate the water to help with the smell,” he said.

Cllr Connolly said officials told him the purpose of the lake was to take surface water from the neighbouring estates and if fresh water was introduced, that would impact on that role.

He indicated the local authority had been in touch with Inland Fisheries Ireland and the lake was not a designated waterway and should not be populated with fish. The council said it did not know how the fish came to be in the lake.

Cllr Connolly said he was informed that lakes without a fresh water supply often suffer these kind of problems during prolonged periods of hot weather. 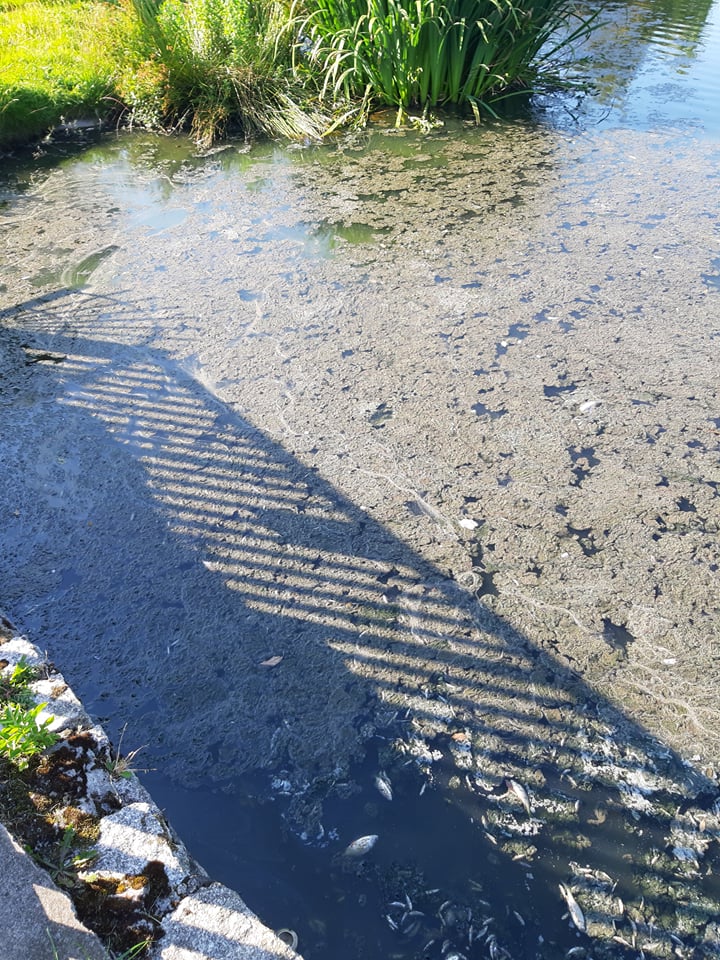 The scene at the lake in Lakeside Park, Newbridge

This artificial ‘lake’ in Lakeside and Dara Park provides attenuation for surface water runoff for the estates in the local area, and is therefore reliant on rainfall to turn over the water. The issue in question is a result of low oxygen levels in light of the recent period of heat/ dry weather and the fact that there is no freshwater flow.

“It is not a designated water body and therefore, should not be populated with fish. As the water in the lake has remained stagnant during a period when ambient conditions have caused an increase in water temperature it is likely that the fish mortalities are due to heat stress or a diurnal variation in dissolved oxygen.

“Man-made lakes such as this are susceptible to such an event, however it should be noted that there is no water contamination.”