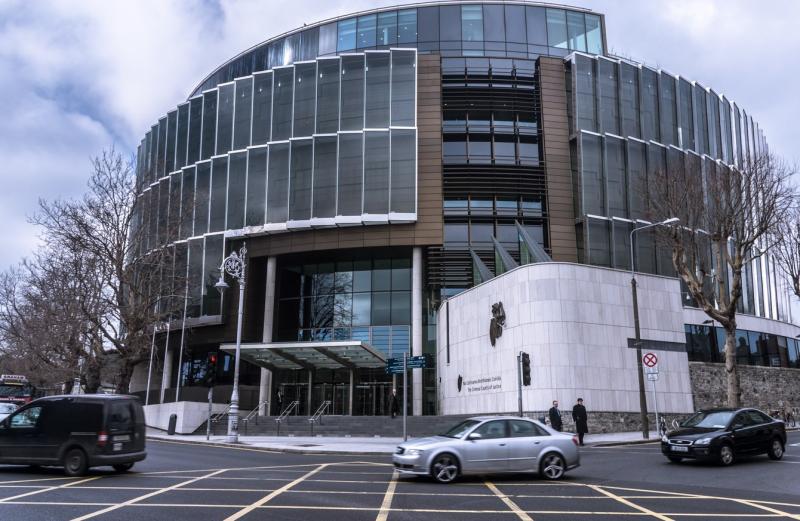 The garda Superintendent who headed the investigation into the murder of Nadine Lott has said that in his 40 years of policing he had never encountered "such a level of violence" inflicted on a person.

Speaking outside the Criminal Courts of Justice today, Superintendent Declan McCarthy, from Wicklow Garda Station, said there was never any doubt in officers minds about Daniel Murtagh's intent to kill Nadine that night.

Asked about the accused's description in garda interviews of how he had held a charger for a tyre pump in his hand for solidity and had "wrapped" a wire around his knuckles while beating the Wicklow woman, Supt McCarthy said "it spoke volumes to the character of the person".

He stressed it was "very important" to remember that the person "at the very centre of this trial was Nadine" and not the perpetrator of the crime.

Commencing his statement outside the Criminal Courts of Justice building this afternoon, the Supt said that gardai were "very relieved" that Murtagh was found guilty of Ms Lott's murder.

"It was a very important verdict in the context of violence while intoxicated. We are very pleased with the verdict, we are very grateful to the jury who clearly deliberated very carefully over the matter. Our thanks to the prosecution team, they did a fantastic job for us because it was a very difficult and harrowing case to be dealing with. The investigation team were particularly diligent in their work in this case. Again, they all became very emotionally involved, it was a very difficult and harrowing case given the nature of it," he said.

Supt McCarthy said it was very important to remember that the person "at the very centre of this trial was Nadine" and not the perpetrator of the crime. "I would be particularly thankful to the first responders, the three paramedics and Garda Linda Butler and Garda Ben Silverlock, without whose intervention the family wouldn't have had the opportunity to say their farewells to Nadine in the dignity of a hospital rather than such a violent crime scene," he continued.

Furthermore, he said he was very grateful to Detective Inspector Sorcha Fitzpatrick, who led the investigation team which resulted in "such an excellent result" for Nadine and her family today. "Our thoughts would be particularly with Nadine's family," he added.

He said the Lott family felt "very relieved" as they were "very worried" that a verdict of manslaughter could have been returned in the case. "It was on the agenda, it was always a possibility and clearly the jury felt that the level of violence that was used overruled any form of other doubts about what the intent was in this case," he said.

Referring to Murtagh's intent that night, he said: "Intent was very clear from our point of view from the very start in relation to this."

The officer called the violence perpetrated on Nadine "horrendous" and said he did not think in his 40 years of policing that he had ever seen or read of such a level of violence used towards an individual. "There was never any doubt in our minds from the very start about the intent here and the intent was to kill Nadine," he added.

He continued: "This wasn't a domestic violence situation as such. They were separated for quite a long time and Nadine had made it very clear that she wanted no form of relationship....Nadine had been unambiguous and very clear about that from the very start. The perpetrator in this case seems to have been clearly deluded about the status of his relationship with Nadine."

Asked about the accused describing to gardai in his interviews how he had held a charger for a tyre pump in his hand for solidity and had "wrapped" a wire around his knuckles as he beat the Wicklow woman, Supt McCarthy said "it spoke volumes to the character of the person."

The Lott family were not present for the statement from Supt McCarthy as they had left the Criminal Courts of Justice building shortly after the verdict was delivered.

At 12.30pm today, around 30 family members and friends of Nadine, wearing black face-masks with 'Nadine' written in pink on the front, had paused in silence, hand-in-hand outside the building for the assembled photographers.