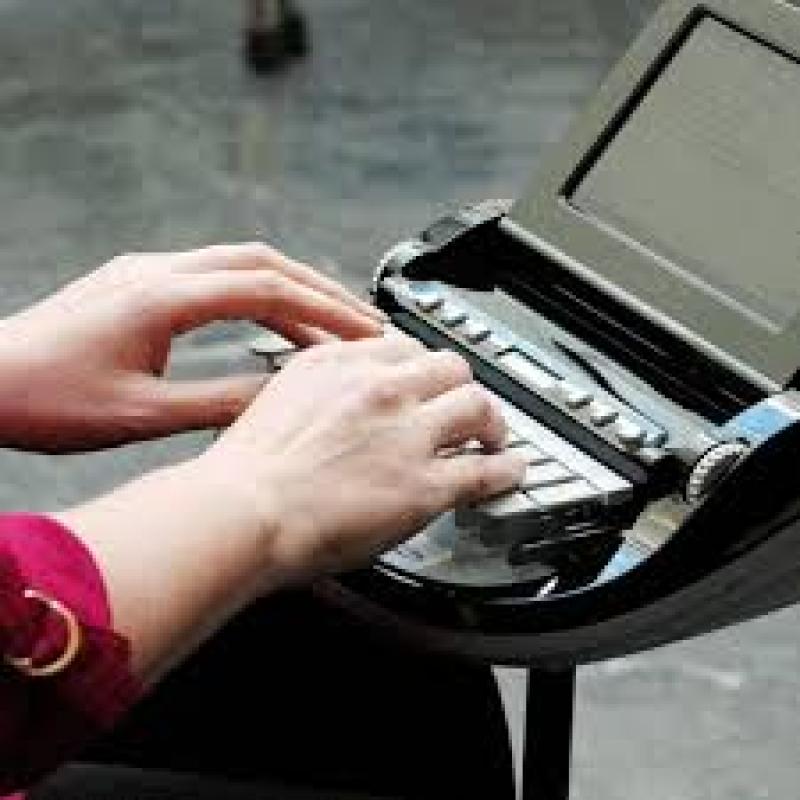 KWETB will not use a stenographer

The board of the Kildare and Wicklow Education and Training Board (KWETB) has voted now to employ the services of a stenographer for meetings, potentially saving the organisation thousands per meeting.

A stenographer was employed for the last two meetings of the last board of the KWETB, due to “particular issues with that board” the organisation’s chief executive Dr Deirdre Keyes told the monthly meeting earlier today.

She had looked into the potential cost of getting a full time stenographer and found that the board would need to procure the services for an initial period of three years and thereafter for a further two years, although, with 72 hours notice, the KWETB can employ one on a one off basis.

“We would estimate it could be between €1,200 and €1,500 per meeting. We would probably need to cost it at €3,000 for a long meeting,” she told the members, adding that it “could be €60,000 for the three years or it could be considerably less depending on the tendering process”.

As CE she pointed out that even with that service, minutes would still have to be agreed in line with standing orders.

“There were particular issues in relation to the last board and the service was provided for the last two meetings. That doesn’t mean that the current board has to continue this.

“I believe it’s a significant cost, and it would be examined by the auditors in terms of its necessity,” she told the meeting.

She added that it was a matter for the board to discuss and make a decision on.

“There was an issue with the board, and we were spending a long time - too much time -  at the start of each meeting in relation to agreement of the minutes,” she remarked.

“Quite frankly there were just particular issues in relation to that board.”

Cllr Angela Feeney remarked that she trusted “the minutes to be an accurate reflection of the meeting. I understand the legacy issue with the previous board, but I feel there’s more trust here and we work very well together.

“I don’t think we can justify spending that much money when we could spend the money on many other things.”

Cllr Peter Hamilton recommended that if the board ever found itself in a tough time like the previous board did, it could get a stenographer on board then.

There were also suggestions that, given the high cost of the service, the board wouldn’t employ a stenographer now but agree to a review after a period of time.

Cllr Paul O’Brien noted that they had proposed and seconded the minutes of the last two board meetings without any issues. “My attitude in life is that if it’s not broken, don’t fix it.”

Cllr Tom Fortune, the vice-chair of KWETB, was one of the dissenting voices. He spoke in favour of the idea and said that there was a precedence at Wicklow County Council where it was used. He added that it worked really well.

Eventually former chairman Noel Merrick, proposed that they not employ a stenographer, and his motion passed.