Kildare man convicted for assault on train between Naas and Newbridge

The Athy defendant was not present in court 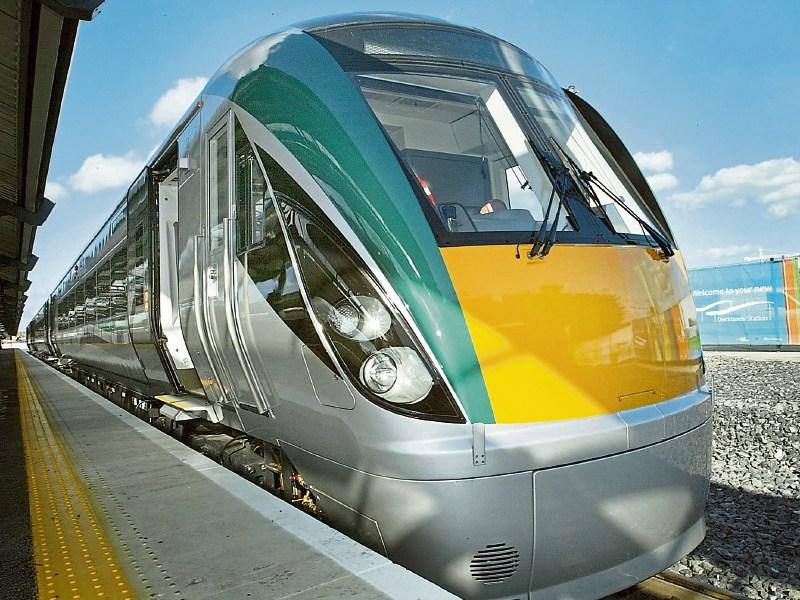 A 23-year-old man accused of assaulting a ticket collector on a train has been convicted in his absence.

At Naas District Court on November 27, the case of Evan Byrne with an address at 9 Rheban Manor, Athy, was called.

Mr Byrne was not present. It was alleged that he had assaulted an Iarnrod Eireann or Irish Rail official on the train between Kildare and Newbridge on December 2, 2016.

Evidence was given by John Hurley, who told the court that he had been working for Iarnrod Eireann for 35 years.

He said he was checking tickets on the train some days before the alleged assault incident and he came across Mr Byrne, who was a passenger.

Mr Byrne presented a travel card and Mr Hurley asked him for a ticket. Mr Byrne had no ID and told Mr Hurley that he would not answer questions. Mr Hurley said that Mr Byrne seemed angry and agitated. The witness said that he asked Mr Byrne to bring ID the next time as there was no photo on the card.

Mr Hurley went on to say that he met Mr Byrne next on the Friday, December 2.

A card was shown to Mr Hurley but the name Fionn Byrne, not Evan Byrne was on it. When he was examining it, Mr Byrne went to grab the card back from Mr Hurley.

Mr Hurley said there were a lot of senior citizens on the train. They were coming from an event down in Waterford. Mr Hurley said he told Mr Byrne that he would not issue a ticket to Mr Byrne until he was sure that the travel card actually belonged to Mr Byrne.

By this time Mr Byrne had stood up from his seat. Mr Hurley said he asked Mr Byrne to take his seat and to write his signature so that he could compare it with the signature on the card.

Mr Byrne became agitated and stood up. He (Byrne) stood at the door of the carriage and told Mr Hurley that he was not leaving the carriage.

Mr Hurley then told Judge Desmond Zaidan: “The next thing I found myself on the ground. I got a couple of kicks.” Mr Hurley said it was his intention to get up as quickly as he could as it was embarrassing to be on the ground.

Mr Hurley, who is 59 years of age, said that another man came to his assistance and between them they held Mr Byrne.

Mr Hurley told the judge: “I have never been struck in 35 years on the trains.”

Mr Byrne was “very agitated,” said Mr Hurley who added: “I was just doing my job.” Mr Hurley said he had bruised ribs.

Judge Zaidan told him: “You are a great, great witness.”

Garda Sergeant Jim Kelly said that it was Mr Byrne who had complained to the gardai.

Solicitor Tim Kennelly, for Mr Byrne, said he had no instructions from his client.

Judge Zaidan, issuing a bench warrant for Mr Byrne’s arrest, said: “There is a very, very, very high risk he (Byrne) is going to jail.”