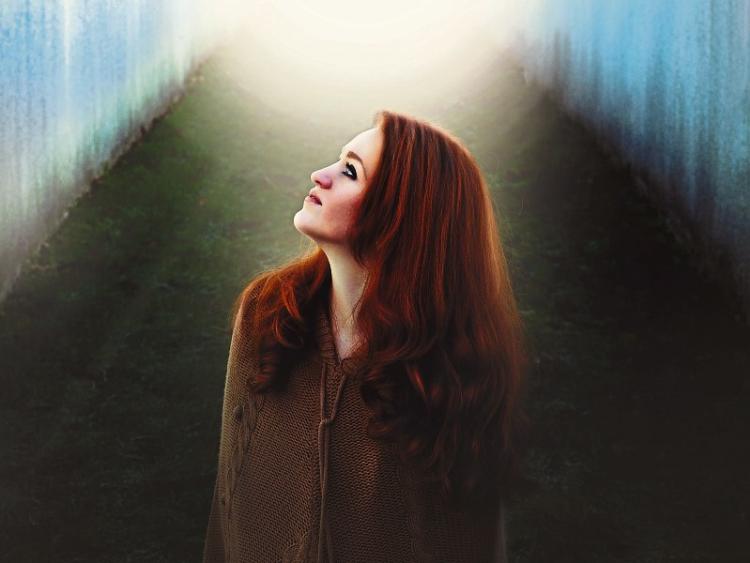 A visit from a red haired woman was considered bad luck on New Year’s Eve — so many redheads just stayed at home. Picture: Pixabay

Late on December 31, the perennial worries of getting transport home from house parties, pubs and restaurants will see many New Year’s revellers make a hasty resolution that the following year they will definitely be staying at home.

For decade upon decade, especially in rural Ireland, New Year’s Eve was about exactly that — staying in.

New Year was never truly a big thing in Ireland — especially for farming communities for whom the fortunes of the crops were all important.

Irish New Year traditions in agricultural areas, such as they are, are all about the coming 12 months.

One belief was that no water could be drawn from the well after the sun went down on New Year’s Eve. All the water required needed to be inside the house before that, and none of it could leave the house until the next day. Defying this belief meant that the family would be faced with a drought in the new year.

There was also a tradition that no money could be spent on New Year’s Day. Nothing could be brought out of a home and anyone visiting should make sure they came bearing a gift. Giving something away meant giving your money away and surely no sensible person would do that.

The stroke of midnight on December 31 carried traditions of its own. Being the first visitor to a house on New Year’s Day was a popular custom, but the warmth of your welcome was largely dependent on the colour of your hair.

Unless he arrived empty-handed, a dark haired man would be greeted gladly because it was believed that he would bring plenty of good luck. However, a red-headed woman’s arrival meant ill fortune, even if her arms were weighed down with all the tokens of what was known as ‘first footing’ — bread and coal. Red haired females apparently tended to stay at home on New Year’s Eve.

In fact, to prevent bad luck, families sometimes sent out a dark haired member of the family immediately after midnight and had them walk back in though the door. All dark haired boys in the area would visit the houses and be welcomed with gifts of sweets or money.

Anything bad that happened on New Year’s Eve was considered more significant the closer it was to midnight. It was believed that there was only a certain amount of luck in the world, and everything that could be done to claim a share of it had to be done.

It was also important to begin the New Year with a spotlessly clean house, signifying a fresh start to the New Year.

New Year’s Eve was also known as Oíche na Coda Móire — ‘the night of the big portion’ since people would eat a larger than normal meal to ensure food in plenty for the coming year. Another way of ensuring plenty was to make a cake, which was then pounded against the door of the house three times while a prayer was said by the housewife.

This would chase the bad luck out of the house and invite the good spirits in.

In other areas the man of the house would take three bites out of the cake and then throw it against the front door, in the name of the Trinity, and banish hunger from the house. After this the family would then gather up the fragments of the cake and eat it.

Many farmers repeated this ceremony at the door of the byre to ensure plentiful fodder for the cows.

People tried to ensure that no food was taken away from the house on New Year’s Eve and beggars knew better than to approach a house looking for food.

Another New Year’s Eve Irish tradition was that young girls put mistletoe under their pillows that night, in hopes of dreaming about their future husband.

On New Year’s Eve night, families would remember those who had passed away that year before by setting a place for them at the dinner table and leaving the door unlatched.

Anyone entering the house after midnight by the front door would leave by the back door for good luck.

Well into the evening on New Year’s Eve in Ireland, there would always be a small group gathered around the fireplace, laughing and joking.

Sooner or later, the conversation would turn to reminiscing about Ireland. The old ones, well on their way with a few glasses of the hard stuff, would get all misty-eyed as they remembered times past and the stories would begin in the light of just the fire and candles burning in the windowsill.

There was also an Irish tradition of predicting the political future of the country by checking which way the wind blows at midnight on New Year’s Eve.

And,after the stroke of midnight the man of the house would recite the following verse:

“May your nets always be full,

“Your horse not cast a shoe,

“Nor the devil look at you In the coming year”.