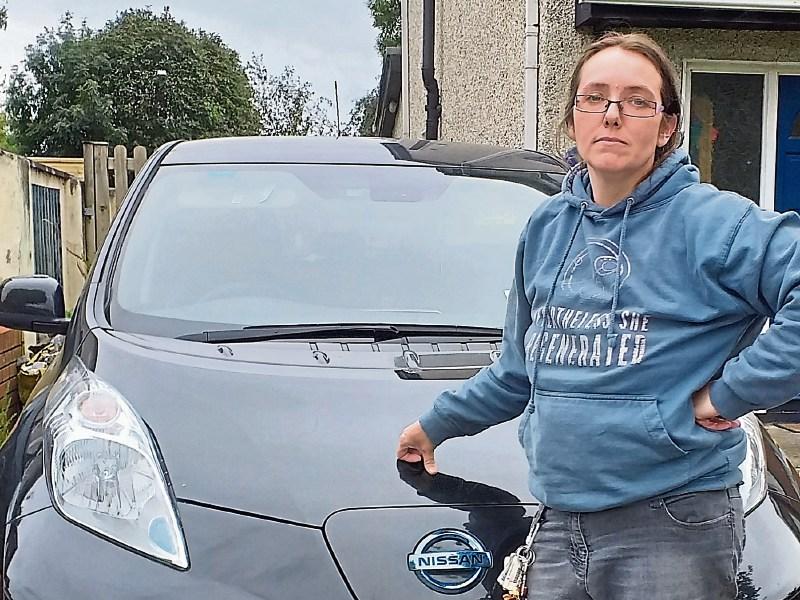 Parking rules have been relaxed for the owners of electric vehicles in County Kildare.

It follows the imposition of parking fines last year on Sallins woman Emma Priest for parking too long at EV charging points while her car recharged at two car parks in Naas.

Kildare County Council subsequently rescinded the €40 fines on a once off basis.

Now KCC has increased the time allowed for people to charge their electric vehicles at the council operated car parks across the county.

EV owners can leave their cars for up to an hour because the observation period (before a warden will issue a fine) has increased from 15 minutes to 60 minutes, while a vehicle is actively charging.

The warden will still take note of the vehicle registration and the date and time in the normal way.

And, after an hour passes, the warden “may” issue a fine if the appropriate ticket is not displayed. This applies whether or not the EV is being charged.

“It’s alright, but it’s just alright,” Ms Priest responded when asked about the extra time. She also said that an hour’s worth of charge is not sufficient to fully charge a battery.

She added: “To get a substantial amount you’d probably need to be there for two hours. It wouldn’t be a big deal to do this and there would be a turnover of vehicles as others get to use it.” She said so-called “fast chargers” are being deployed which charge most cars in 45-50 minutes.

These levy a €5 charge if a motorist leaves the car there longer, to discourage overstaying. ESB Networks operates a fast charger in the car park at the Tesco shopping centre in Monread, Naas.