**LIVE** CORONAVIRUS CANCELLATIONS: Events cancelled or postponed across County Kildare due to coronavirus

Running list of events which have been cancelled due to coronavirus 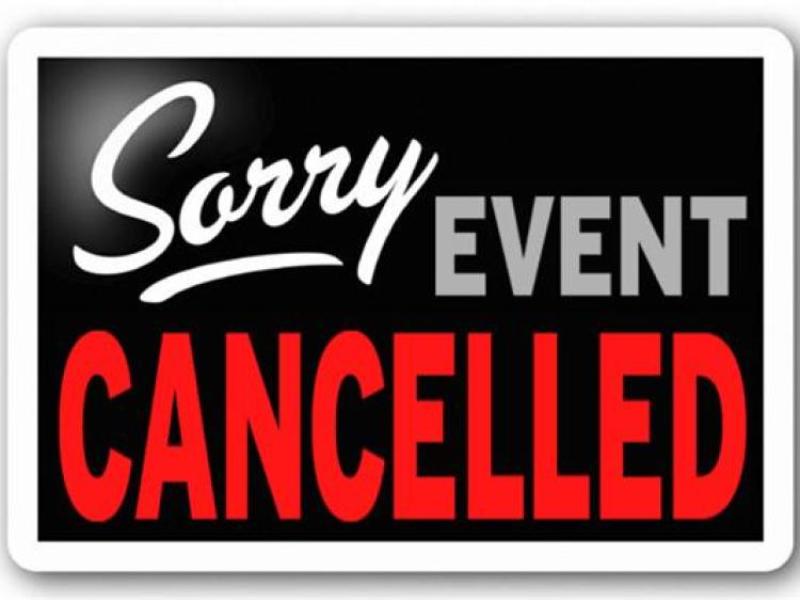 Please see below a list of events which have been cancelled in County Kildare due to the current coronavirus restrictions. We will update this list as we become aware of more events.

If you have an event you would like included on this list, please email editor@kildarepost.com and editor@leinsterleader.ie to let us know

* Noah's Ark charity shop in aid of the KWWSPCA on Cutlery Road, Newbridge will be closed for the coming weeks.

* Kilcock Art Gallery, closed for the moment. Upcoming exhibition 25 April,  “Shifting Sands ... a Startling Evolution”. Hopefully, things will be back to normal by then.

* Classes and Grinds at Leinster Senior College are cancelled until 29 March.  The Oral Revision Days for French, German and Spanish scheduled for Saturday 14 March have been postponed. They will be rescheduled when Government advice is given to re-open schools.  The Easter Revision Courses are planned to proceed as presently advertised for April 6-10 (pending government advice).

* Kildare Fire Service has confirmed that the ROI National RTC and Trauma Rescue Challenge 2020 which was due to take place in Newbridge Fire Station on Saturday 18 April has been postponed and will be rescheduled later in the year.

* Naas Community College PA Table Quiz, due to be held on 20th March in the Townhouse Hotel has been postponed and will be rescheduled.

* Castle Villa AFC Race Night is postponed. It will be rescheduled.  All matches, training and academy sessions also cancelled until further notice.

* KNC Performing Arts Company will be closed until 29th March. Online videos will be available for all students to continue their training over the break.


* AKSI National Kettlebell Marathon Championship due to be held on 28th & 29th March in Monasterevan are now cancelled.

* All seated and Aqua Classes for people with Arthritis in Newbridge, Kildare, Suncroft and Kilcullen are cancelled until further notice

* Hollywood (Co Wicklow) Bingo nights on Thursday cancelled for the next few weeks.

*  Similarly, the weekly Friendship Club in Hollywood is canceled until further notice

* Zumba classes on Mondays in Ballymore Eustace Bandhall are cancelled for the  moment. "I will update the Zumba Tribe Facebook page, so if people could keep an eye on this for updates. Stay safe" - Cristel.

* Russborough House and grounds closed to the public. Also Saturday's Parkrun is cancelled for the rest of March.

* The IRFU has announced that all domestic rugby activity including all training and playing from Minis to Adults levels has been suspended until after March 29.

* Sunday night bingo at CMWS in Kildare town is suspended until further notice.

The organisers said: "We regret the inconvenience to our loyal patrons.  The spread of Covid-19 Virus is a worrying time for us all. Please heed the advise of the HSE on hand washing, coughing, and sneezing protocols."

From 6pm this evening, all Kildare County Council’s libraries will be closed to the public.

The Customer Service Point at offices in Athy, and all external offices outside of council headquarters, will be closed to the public.

Services to the public will be available at at Áras Chill Dara, Devoy Park, Naas, however, members of the public are asked to use on-line services and e-mail and to only attend the office where necessary and by prior appointment.

Many services can be accessed on-line via www.kildarecountycouncil.ie or you may wish to contact 045-
980200 or by e-mail at customercare@kildarecoco.ie.

* The Riverbank Arts Centre in Newbridge has announced it will close until March 29th.

* A Magic Show featuring magician Pat Fallon at the Westgrove Hotel in Clane on Sunday has been cancelled.

* ALL GAA EVENTS AND TRAINING HAVE BEEN CANCELLED

* LARK Kildare has postponed its run of Cinderella, which was due to take place in the CMWS in Kildare town from March 24.

* Ballymore Eustace GAA & LGFA club dinner dance which was due to take place in Tulfarris on Friday, March 13, has been postponed.

* The opening meeting of the Irish Flat Season, which was due to take place at Naas Racecourse on Sunday, March 22, will not take place in public. However, a decision has yet to be taken on whether the meeting will be run behind closed doors.

* All shows at Naas' Moat Theatre have been postponed until after March 29.

* The AKSI national kettlebell marathon championship due to be held on March 28 and 29 in Monasterevin is now cancelled. Further details of a new date to be announced at a later date.

* The Annual Mass for Deceased Civilian Employees of the Defence Forces due to take place next Friday, March 20, in St. Brigids Church Curragh Camp (DFTC) has been cancelled.

* The charity run from the Croft Inn, Suncroft, on March 15 has been cancelled.

* Clongowes Fun Run on Saturday, March 21, has been cancelled.

* Naas Kickboxing and Fitness Show scheduled for Saturday, March 14, has been postponed.

* Kildare Academy of Dance is closing until further notice.

* St Brigid's Boxing Club in Kildare town will be closed until further notice.

* County Kildare Chamber has postponed all events to take place this month, but staff can still be contacted.

* Rathangan Drama Festival has been cancelled.