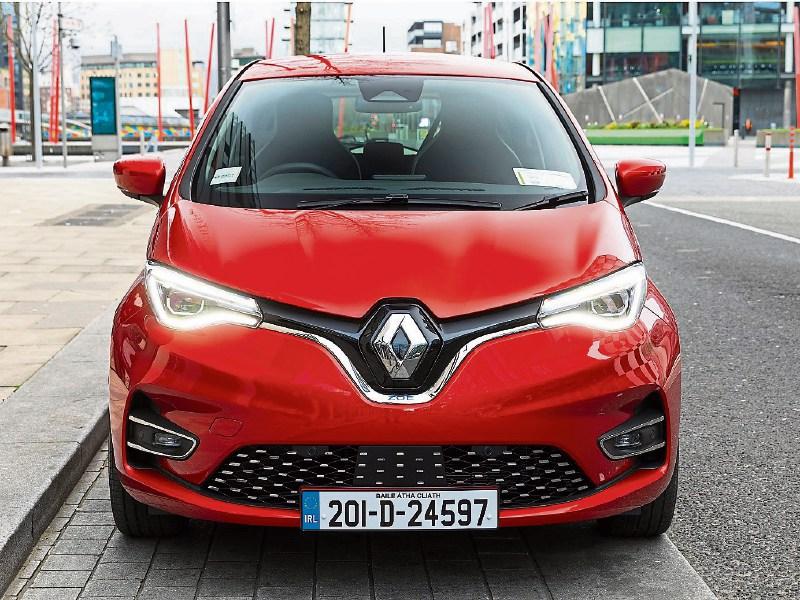 With increased power and range, a host of technological improvements and distinctive new looks, the new Renault ZOE is more desirable than ever — especially with prices starting at just €26,990 (after VRT reliefs and SEAI grant), making it Ireland’s most affordable electric car.

The launch of the third generation of Renault's flagship vehicle (in its 100 per cent electric range) is a major milestone in Renault’s commitment to large-scale electric vehicle development. Seven years after the release of the original ZOE, the new ZOE has evolved in versatility, quality and technology to offer superior features, while remaining affordable.

Under the skin the new ZOE gets a large-capacity 52 kWh Z.E. 50 battery that delivers a range of up to 395 km (WLTP) – the best driving range in its segment and an increase of 32 per cent over the previous 41 kWh pack.

Despite the increase in range and capacity, the battery has not increased in size physically, meaning no loss of interior space. The ZOE now also offers fast direct current (DC) charging, in addition to the alternating current charging (AC) options already available at home or on the street.

Charging the battery is also made more straightforward by the Renault EASY CONNECT smart services, which allow quick and easy location of charging points.

Located behind the Renault diamond logo charging hatch, the new Combo (CCS) plug is slightly larger than the previous plug and consists of both a European standard socket and a two-pin connector for DC charging. The central location of the socket makes charging even easier, especially on public charging stations which have their own cable.

Thanks to this Combo plug, the new ZOE is able to charge quickly with a direct current (DC) up to 50 kW, simply by inserting the charging cable attached to the terminal into the two-pin connector that’s sited below the type-2 socket. Replenishing the battery in this way can add around 145 km of range in as little as half an hour.

The standard type-2 cable provided with the car and the Chameleon Charge are used for everyday AC charging use, such as at home with a wallbox, at work, in a car park or on public roads using anything up to a 22kW supply whereas competitors only offer 7-11kW charging. Plugging the ZOE into the public 22kW roadside charger, which are so common around Ireland, can deliver a useful 125 km of range in only one hour.

The new Renault ZOE is available in three generously-equipped trim levels — Play, Iconic, and range-topping GT Line – and are priced from €26,990, €28,990 and €31,990 respectively (after VRT reliefs and SEAI grant).

I look forward to bringing you a full review of the new Renault ZOE in the coming months. — Breda Corrigan