Campaign launches for another playground in Newbridge

Call for more facilities for children 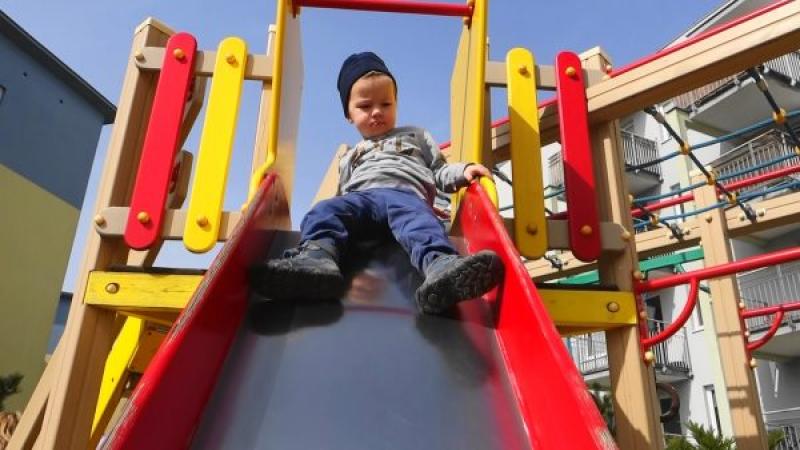 A group of Newbridge parents are calling on local councillors to allocate funding for the development of additional playground facilities in the town.

The existing public playground in Newbridge, beside the K-Leisure sports centre on Station Road, was opened 18 years ago.

A spokesperson for the group said: "The existing playground beside the sports centre is far too small and outdated for a town the size of Newbridge, with a large number of young families and more housing development planned. There are also no public play facilities at all for children with special needs which is totally unacceptable in this day and age.

"A number of great playgrounds have been built in the last decade in surrounding towns such as Kilcullen, Caragh, Kildare Town and Monasterevin. Naas has three great public playgrounds. Parents who have access to cars can drive to these but those with no access to transport have no alternative. We are calling on our councillors, and indeed Kildare County Council, to allocate funds from the Local Property Tax fund and other sources, to allow the development of appropriate facilities for our children. Why should our children be deprived of these facilities?"

The group has mobilised supporters to contact their Municipal District Councillors by email in advance of meetings this week to discuss the allocation of the discretionary portion of Local Property Tax monies over which they have direct control.

"Other Municipal Districts such as Naas and Maynooth have a track record of allocating a portion of monies over a number of years towards developments such as playgrounds and other community facilities. The group hopes that the new team of Councillors in Newbridge/Kildare MD will also take this approach to the allocation of LPT funds in the district.