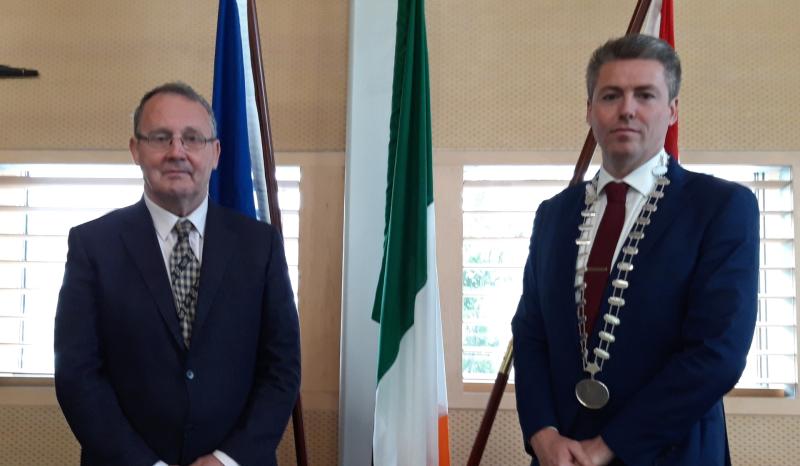 Cllr Noel Heavey, Fianna Fáil, has been elected deputy mayor. Both men were first elected to the district, which represents Newbridge, Kildare town, Monasterevin and the surrounding areas, in last year's local elections.

The incoming Mayor was nominated for the position by Cllr Tracey O'Dwyer (FG) and seconded by Cllr Suzanne Doyle (FG). As there were no other candidates, he was deemed elected unopposed.

His wife, Lisa-Marie, and young children Hamish and Edith, were in the public gallery to watch him take the chain of office and chair his first meeting. The incoming mayor said it was "a great honour" to take on the role, and thanked the constituents who gave him the opportunity to represent his area. 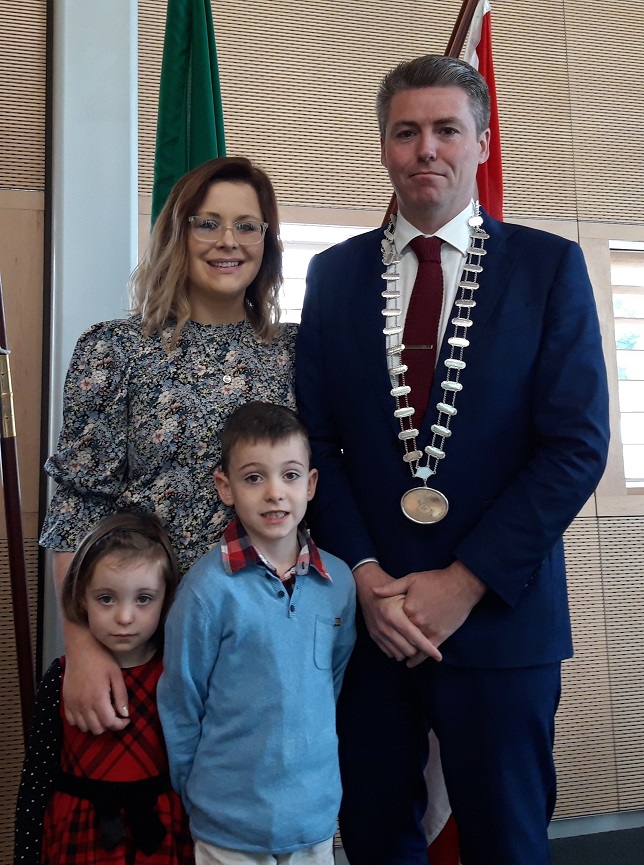 The new Kildare Newbridge MD mayor Kevin Duffy, with his wife Lisa-Marie and their children Edith and Hamish

Cllr Peggy O'Dwyer (FG), the outgoing deputy mayor, proposed Cllr Heavey to take over her role, and was seconded by Cllr Robert Power (FF). This nomination was also agreed unopposed.

Cllr Heavey thanked his colleagues and pledged to fill in for the new mayor where appropriate and said he would assist him in any way he can.

Cllr Suzanne Doyle (FF) and Cllr Fiona McLoughlin Healy wished the new mayor the best of luck in his role, and KCC official Joe Boland also wished him the best on behalf of the council staff.

"We are all here for one reason, to make Kildare-Newbridge the best municipal district in the county, and hopefully we can achieve this," said the new mayor.