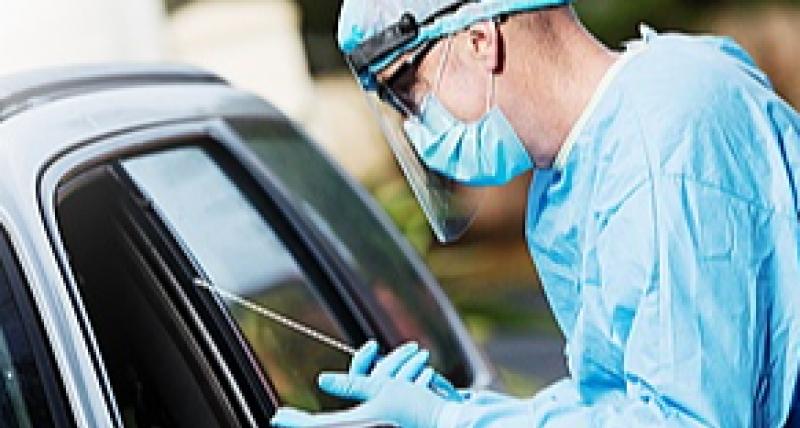 Several experts have questioned why Ireland is a notable 'outlier' when it comes to using antigen tests to detect COVID-19.

It follows after reports that the Chief Scientific Advisor to the Government, Professor Mark Ferguson, said, that while antigen tests are useful and provide an extra layer of protection, they are "not a solution" to preventing the contraction the virus.

Although widely used in many EU countries, antigen testing has been discouraged in Ireland as public health officials said the tests should be used in strictly controlled settings and warned individuals might receive "inappropriate reassurance" from a negative result.

Prof Ferguson's statement has been met with criticism from Professor of immunovirology at University College Cork, Liam Fanning, who told the radio station Newstalk: "There’s a paralysis going on there, I don’t understand it; nobody can understand."

"Here we’ve spent 40-odd billion plus as a result of this Covid pandemic. A few tens of millions on providing free antigen tests in every house in this country – ship 10 of them to every family every week for the rest of the winter."

"It will prevent onward transmission of this infection," he claimed.

His comments were echoed by infectious diseases expert Prof Paddy Mallon, who questioned why Ireland remains an "outlier" when it comes to antigen testing compared to the rest of the Europe.

Conversely, Prof Ferguson claimed that antigen testing was not as sensitive as PCR testing, and told RTÉ radio’s Morning Ireland that indoor ventilation was vital in helping to prevent spread of the virus, especially at venues such as nightclubs.

He said employers and individuals could consider the use of antigen tests as one measure to limit the spread of infection, but not as a solution: "It is not a solution in itself, but with mask wearing, social distancing and good ventilation it can help prevent the spread of COVID-19."

Science Foundation Ireland, of which Prof Ferguson is director general, has provided all of its employees with 25 antigen tests to carry out two tests each week between now and Christmas.

An ongoing war of words:

Earlier this year, Minister for Health Stephen Donnelly was criticised by Harvard University Epidemiologist and Immunology Professor Michael Mina, saying that he believed the Irish govt's stance on antigen tests "was not helpful."

He added that he felt that failure to trust people to use antigen tests correctly has blocked the use of a "very powerful tool" in the fight against COVID-19 in Ireland.

In response to this, Prof Mina elaborated on his stance by saying: "The science is saying something different versus what folks like Nolan have inferred; I do believe we are all on the same side and it is sad to see it get so charged that they are calling a very powerful test, in the middle of pandemic, snake oil... it is just not appropriate."

Prof Mina's sentiments were also echoed by Newstalk host and veteran broadcaster Pat Kenny, who accused Minister Donnelly of spreading "propaganda" instead of facts in an on-air interview.