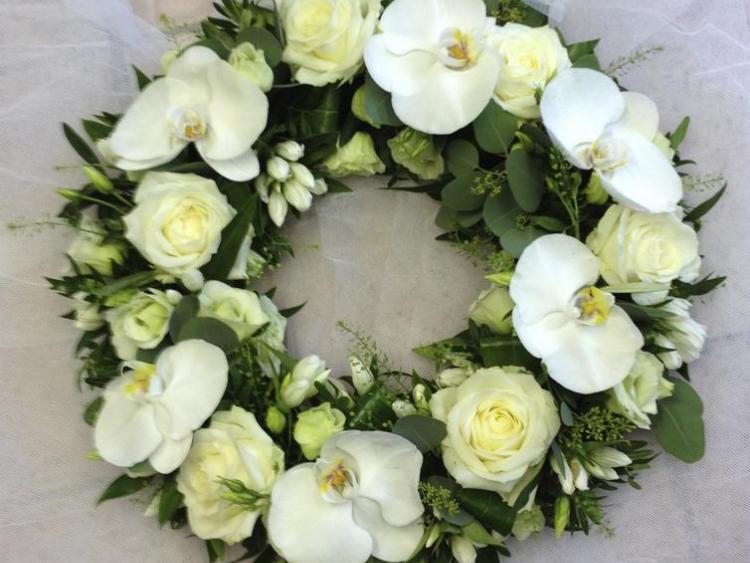 Peacefully in the care of the staff of Tallaght and Peamount Hospitals.   Beloved husband of Deirdre and father of Michael, Fiona, Frances, Bridget, Stella, Patrick and Ivan. Brother of Bride, Celia, Sr. Evelyn, Thomas and the late Patrick and Mary. Sadly missed by his loving wife and family, son-in-law Jason, daughters-in-law Mary, Mary and Johanna, grandchildren Katherine, Sarah, Evelyn, Orla, Brendan, Aideen and Ashling, brothers-in-law, sister-in-law, nieces, nephews, relatives and friends.   Reposing at his home on Thursday from 5pm with prayers at 7pm. Funeral Mass on Friday at 12 noon in The Church Of The Irish Martyrs, Ballycane, Naas followed by Burial in St. Corban's Cemetery, Dublin Road, Naas.   "May He Rest In Peace"

McGOLDRICK (née Eustace) Evelyn (Green Road, Newbridge & late of Pairc Mhuire, Newbridge, Co. Kildare) - 24th April 2019 (peacefully) in the wonderful care of the nurses and staff of the Mater Hospital. Sadly missed by her loving daughter Regina, son-in-law Michael, grandchildren Shane and Sarah, brother Jim, nieces, nephews, extended family, relatives and friends.   May Evelyn Rest in Peace   Reposing at her residence on Thursday from 5 o’clock with prayers at 8 o’clock. Removal on Friday morning at 10.15 o’clock to arrive at St. Conleth’s Parish Church, Newbridge for Mass at 11 o’clock. Funeral afterwards to St. Conleth’s Cemetery, Newbridge.
"May He Rest In Peace"

The death has occurred of Edward (Joe) Cummins Ballyfair, Cutbush, The Curragh, Kildare

Sadly missed by his loving family, relatives, neighbours and friends.   May Joe Rest In Peace   Reposing at Glennon’s Funeral Home, Eyre Street, Newbridge from 6 pm on Thursday with Rosary at 8pm. Reposing on Friday evening from 5pm. Removal on Friday evening at 6:15pm to arrive at St. Brigid's Church, Suncroft at 7pm. Funeral Mass on Saturday morning at 10am followed by burial in Holy Cross Cemetery, Suncroft.