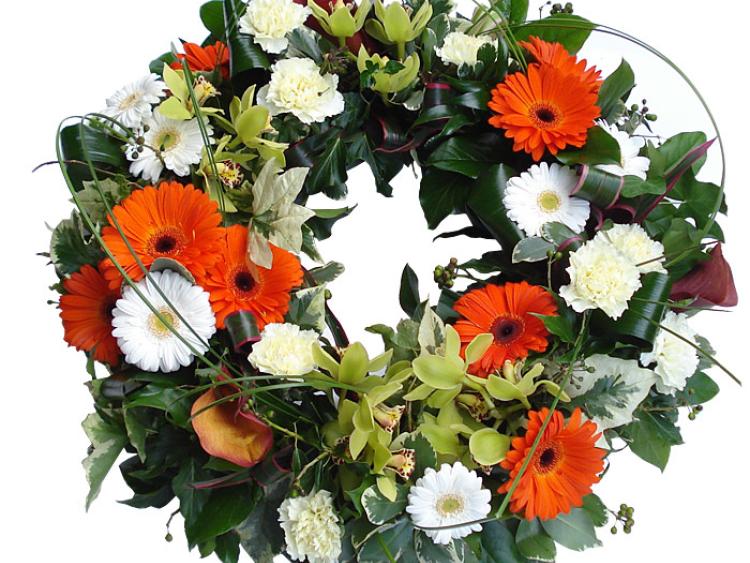 May Bernadette rest in peace

The death has occurred of William O'Brien, Nass, Co. Kildare, formerly of Cuiltybo, Co. Mayo and late of Sneeogue, Duleek, Co. Meath, peacefully in the tender loving care of Craddock House Nursing Home, Naas in his 98th year. Sadly missed by his family and friends.

Reposing at his residence (R51 KD58) on Monday from 4pm with Rosary at 8pm. Removal on Tuesday morning arriving Church of the Assumption Rathangan for Requiem Mass at 10am. Funeral afterwards to St Patrick's Cemetery Rathangan.

May Una Rest in Peace

Reposing at Thompson’s Funeral Home, Sunday (23rd) from 5pm until the conclusion of the Rosary, which starts at 7pm. Removal on Monday, 24th June, to arrive at St. Michael’s Parish Church for Requiem Mass at 11am, followed by burial in St. Michael’s (New) Cemetery, Athy.

Reposing at Cunningham’s Funeral Home, Clonsilla Village on Sunday evening (June 23rd) from 5.00pm to 6.00pm. Removal to the Church of St. Charles Borromeo, Confey on Monday morning (June 24th) arriving for Requiem Mass at 11.00am followed by burial in Mount Jerome Cemetery.