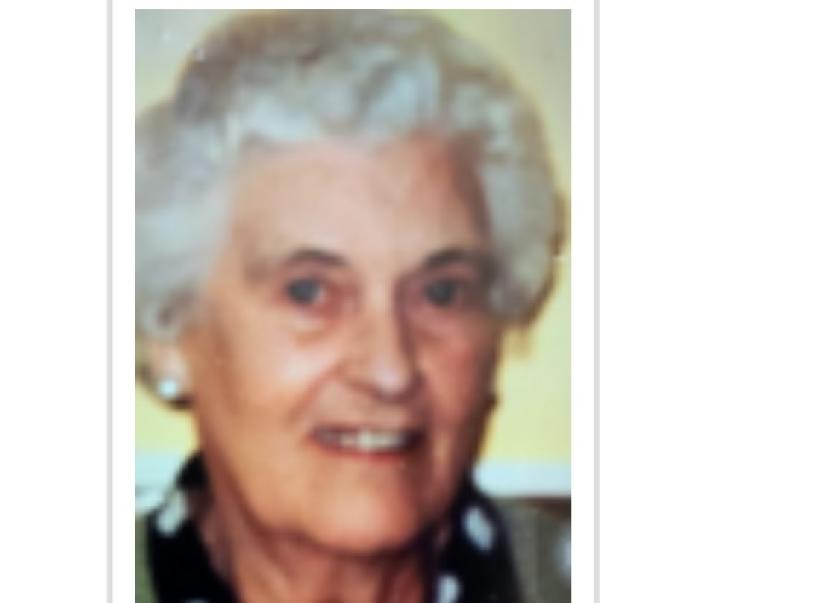 The late Mary Keogh (née Barlow). May she Rest in Peace

Formerly of The Curragh.

Wife of the late Jim.

Family flowers only please. Donations, if desired, to "The Friends Of St. Brigids Hospice, The Curragh". Donations box in church.

May Tommy Rest In Peace

Reposing at Glennons Funeral Home, Allenwood, from 3pm on Sunday. Removal on Sunday evening at 6.15pm to arrive at The Church of The Holy Trinity, Allen, at 7pm. Requiem Mass at 11am on Monday. Burial afterwards in the adjoining cemetery.

Reposing at his residence in Gortreagh, Croagh (V947F1W) this Saturday September 14th from 3pm to 7pm. Arriving at St John The Baptist Church, Croagh for Requiem Mass on Sunday at 11am. Burial afterwards in the local cemetery.

Formerly of Robertstown and Allenwood.

Sister of the late Eveleen.

May Elizabeth Rest In Peace

Reposing at her family home from 4o'clock on Friday with rosary at 8o'clock. Removal on Saturday morning at 9.30 to arrive at The Church Of The Holy Trinity, Allen, for requiem mass at 10o'clock. Burial afterwards in the adjoining cemetery.

Family flowers only please. Donations if desired to "The Lung Fibrosis Association" donations box in church.