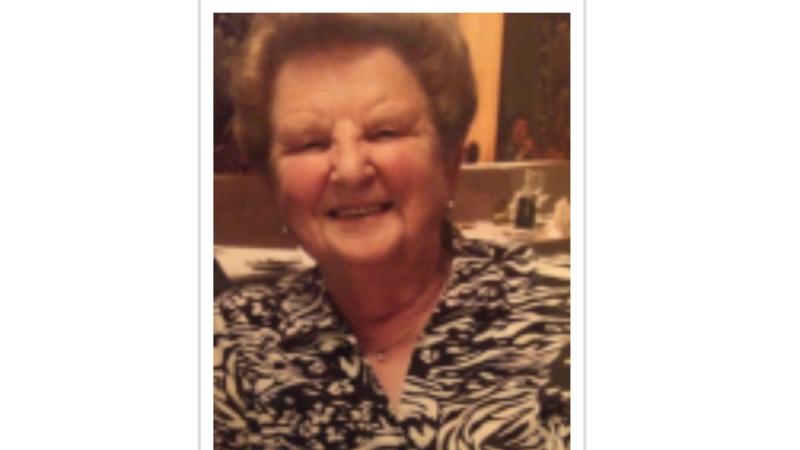 The late Ann (Annie) Doyle (née Redmond). May she Rest In Peace.

Reposing at Maynooth Community Care unit on Tuesday from 5pm to 8pm with prayers at 7.30pm. Removal on Wednesday morning to St. Mary's Church, Maynooth arriving for Funeral Mass at 11am. Burial afterwards in St. Mary's Cemetery, Enniscorthy arriving at 4pm approx.

May he Rest in Peace.

Reposing at his home W91NH00 on Thursday from 4.00 p.m. to 9.00 p.m. Removal on Friday morning to the Church of Our Lady of Mercy, Crosschapel arriving for 10.00 a.m. Funeral Mass followed by burial in Burgage Cemetery. Family flowers only please. Donations, if desired, to the Friends of Naas Hospital. Donation box at the Church.

Reposing at her residence on Wednesday from 4pm to 8pm with prayers at 7pm. Removal on Thursday morning at 10.30am to arrive at The Church of The Guardian Angels, Sallins for 11am Funeral Mass, followed by burial in Mainham Cemetery, Clane. Family flowers only please, donations, if desired, to Friends of St. Brigids Hospice, The Curragh.

The death has occurred of Daniel Grimes
Kilteel, Kildare

Reposing at his home W91Y2PE on Tuesday from 5.00p.m. to 8.00 p.m. Removal on Wednesday afternoon to Terenure College Chapel arriving for 2.00p.m. Funeral Service followed by Cremation Service in the Victorian Chapel Mt. Jerome, at 4.00 p.m.