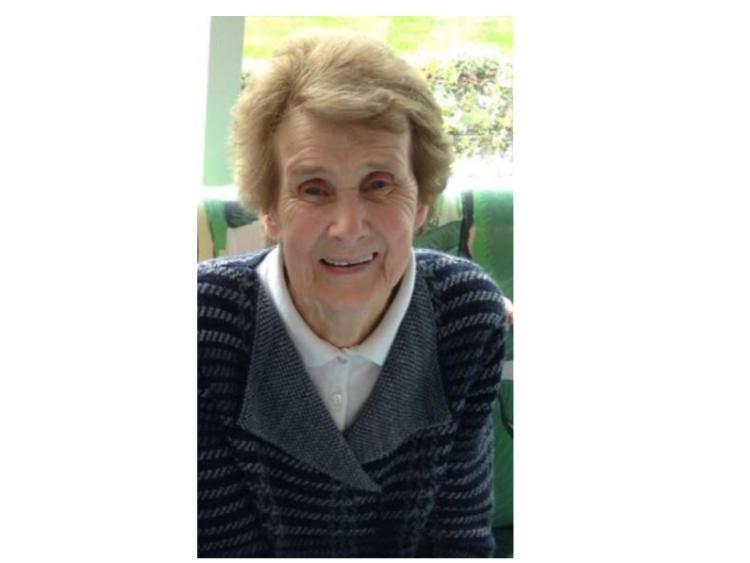 May Delia Rest in Peace

The Funeral Mass can be viewed on the parish webcam on Saturday morning at 11 o'clock: http://www.newbridgeparish.ie/parish-webcam/

Reposing at Thompson's Funeral Home on Thursday 16th from 6pm until the conclusion of the Rosary which starts at 8pm.

Removal on Friday morning from Thompson’s Funeral Home at 10.45am to arrive at St. Michael’s Parish Church for Requiem Mass at 11am. Interment afterwards in St. Michael's (New) Cemetery.

Family flowers only, donations, if desired, to St. Brigid’s Hospice, Donation box at funeral Home and at the Church.

The death has taken place of Tom who passed away peacefully at the Mercy University Hospital, Cork, beloved husband of the late Margaret (Thornhill) and much loved father of Tom and Mary his adored grandchildren Emma, Rachel, Tom and Daniel, son-in-law Conor, daughter-in-law Laura, brother of the late Ned, Jack and Mary, nieces,relatives and friends.

Reposing at Rom Massey & Sons Funeral Home, Dolphin’s Barn, SCR, on Friday evening, January 17, from 6pm to 7:30pm. Funeral Mass on Saturday morning, January 18, at 10am at the Church of the Holy Spirit, Ballyroan, followed by cremation at Mount Jerome Crematorium.

"May she rest in peace"

May Lesley Rest In Peace

Reposing at McWey's Funeral Home, Abbeyview, Kildare Town from 4 pm on Sunday and Monday with prayers both nights at 7 o'clock. Removal on Tuesday morning at 10:30 am to arrive at the Carmelites Church, Kildare Town for Requiem Mass at 11 o'clock. Private cremation afterwards in Mount Jerome Crematorium, Harold's Cross.

Family flowers only please. Donations, if desired, to "The Friends of St. Brigids Hospice, The Curragh". Donations box in church.

House private at all times please.

Reposing at Reilly's Funeral Home, Leinster St., Maynooth on Thursday from 5pm to 8pm, with prayers at 7pm. Removal on Friday at 10.30am to arrive at St. Mary's Church, Maynooth for 11am Funeral Mass, followed by burial in Laraghbryan Cemetery, Maynooth. Family flowers only please. Donations, if desired, to Our Lady's Hospice, Harolds Cross. Donation box in church. For all enquiries please contact Oliver Reilly Funeral Directors (045868230).