Jurgen Klopp ‘energised’ after extending his contract at Liverpool 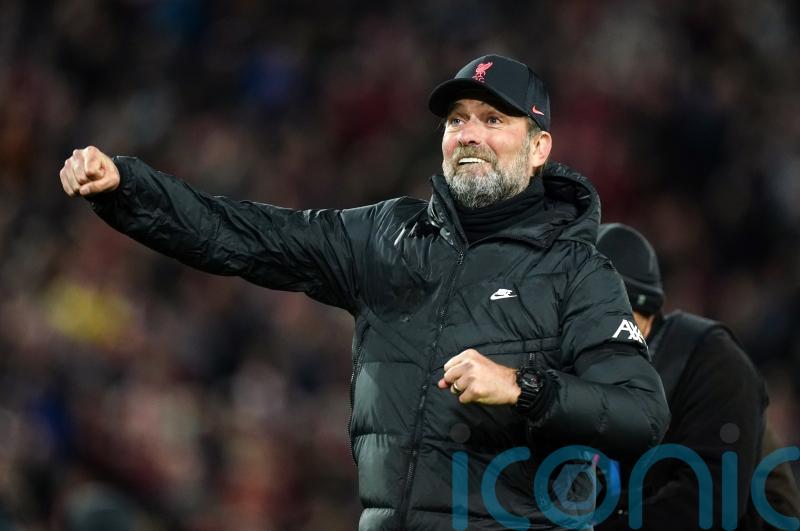 Jurgen Klopp ‘energised’ after extending his contract at Liverpool

Liverpool manager Jurgen Klopp is energised by the prospect of leading a “fresh” club to further glory after extending his stay at Anfield until 2026.

Negotiations over a two-year contract extension took very little time at all and the 54-year-old is now looking forward to building on the incredible foundations he has created since arriving in October 2015.

The speed and timing of the agreement – plus extensions for his key assistants Pep Lijnders and Peter Krawietz – came as something of a surprise with the club embroiled in the quest for an unprecedented quadruple.

But Mike Gordon, president of owners Fenway Sports Group, flying in from America for the Champions League semi-final first-leg victory over Villarreal was the first sign something significant was happening – as was the appearance of Klopp’s agent Marc Kosicke in the directors’ box for the game – and less than 24 hours later the deal was done.

“There are so many words I could use to describe how I am feeling about this news… delighted, humbled, blessed, privileged and excited would be a start,” Klopp told liverpoolfc.com.

“Like any healthy relationship, it always has to be a two-way street; you have to be right for each other.

“The feeling we were absolutely right for each other is what brought me here in the first place and it’s why I’ve extended previously.

“This one is different because of the length of time we have been together. I had to ask myself the question: Is it right for Liverpool that I stay longer?

“Along with my two assistant managers, Pep Lijnders and Pete Krawietz, we came to the conclusion it was a ‘Yes!’

“There is a freshness about us as a club still and this energises me.”

Last season, played behind closed doors when injuries to key players meant Liverpool’s defence of their first domestic title in 30 years never really got off the ground, took its toll on Klopp and the usually-ebullient German lost a lot of his spark.

However, the form his team have shown since, with the Carabao Cup already secured, an FA Cup final to come, a 2-0 lead to take into next week’s Champions League semi-final second leg at Villarreal and a nail-biting Premier League title race against Manchester City, has reinvigorated the Reds boss.

“For as long as I have been here, our owners have been unbelievably committed and energetic about this club and it is clear that right now this applies to our future as much as I’ve ever known,” added Klopp, who guided the club to their sixth European Cup in 2019 and could yet repeat the feat this season.

“When the owners brought the possibility to renew to me, I asked myself the question I’ve mused over publicly: Do I have the energy and vibe to give of myself again what this amazing place requires from the person in the manager’s office?

“I didn’t need too long to answer in truth. The answer was very simple… I’m in love with here and I feel fine!”

That last sentence is a knowing nod to the new fans’ song about him to the tune of The Beatles’ I Feel Fine, highlighting the connection he has with supporters which is why he is so beloved.

Klopp’s extended stay is also likely to influence the thinking of a number of players who are entering the final 12 months of their contracts, the likes of Mohamed Salah, Sadio Mane and Roberto Firmino – his original famed front three.

Only last week Salah gave an interview in which he said “I think the fans know what I want, but in the contract it’s not everything about the money at all,” and has stressed on previous occasions he did not want paying “crazy stuff” but that he wanted to win the Premier League and Champions League again.

Gordon, speaking about the man who will become the club’s fourth longest-serving manager with this new contract, said: “Jurgen wanting to make our future to be as bright as our present is a big statement. 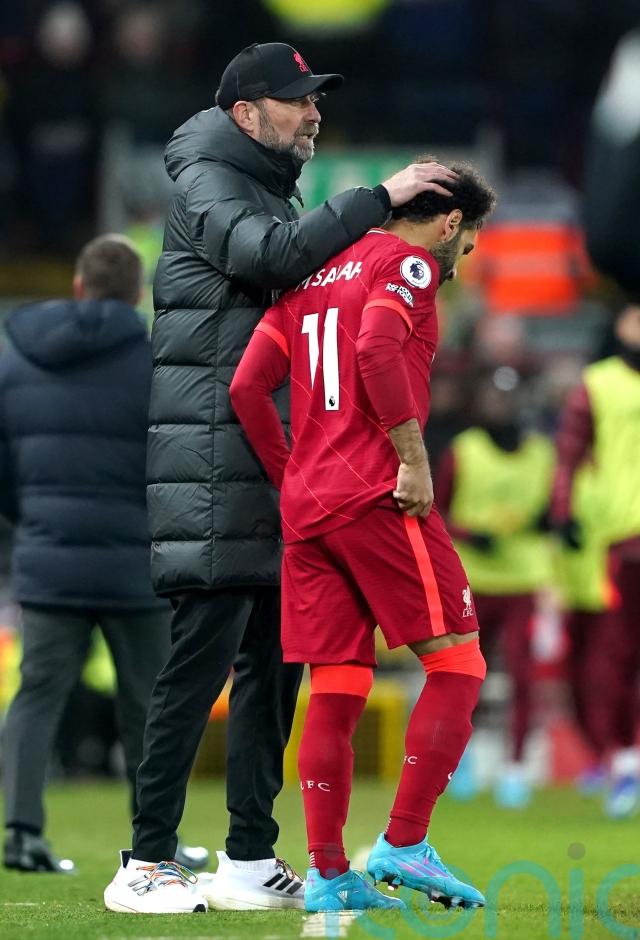 “We cannot rest or consolidate. We have to think at all times about improvement and we are now able to do this in the knowledge that we have retained a manager who not only shares our vision and ambition, he remains determined to deliver on it.

“For these reasons and many more, it is beyond thrilling to know Jurgen Klopp will lead us into this new era.”