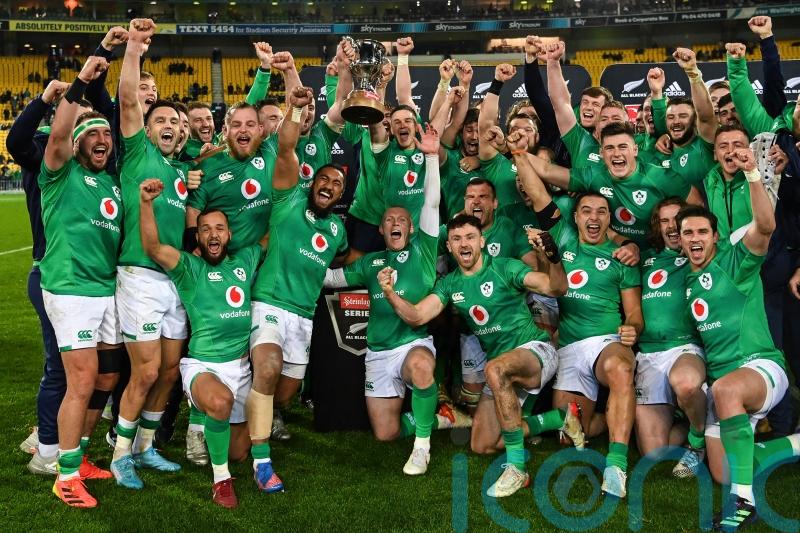 The Irish claimed a landmark 2-1 tour triumph over the All Blacks following a spellbinding first-half display in Wellington.

Ireland head coach Andy Farrell hailed the proudest collective achievement of his career after accomplishing the “hardest thing you can do in rugby by a country mile” by masterminding a historic series win in New Zealand.

The Irish claimed a landmark 2-1 tour triumph over the All Blacks following a spellbinding first-half display in Wellington, which paved the way for a 32-22 victory from an epic third-Test decider.

Tries from Leinster trio Josh Van Der Flier, Hugo Keenan and Robbie Henshaw helped the tourists lead by 19 points at the interval before Rob Herring extinguished a Kiwi fightback sparked by scores from Ardie Savea, Akira Ioane and Will Jordan.

Former dual-code international Farrell – a two-time Man of Steel during his rugby league days – was left beaming with delight by a result which moved Ireland top of the world rankings.

“It’s difficult for me because it (the achievement) is not mine, it’s theirs (the players),” said Farrell. “They’ve grabbed hold of it hugely.

“Some of the stuff they’ve done out there today, we’ve done it together so I suppose when you look at it like that it’s the most proud that I’ve ever been part of a group, without a shadow of a doubt.

“Pleased? I don’t think that’s the word. I mean, what’s the biggest thing that you can say about a group of people? I don’t know if there is a word. 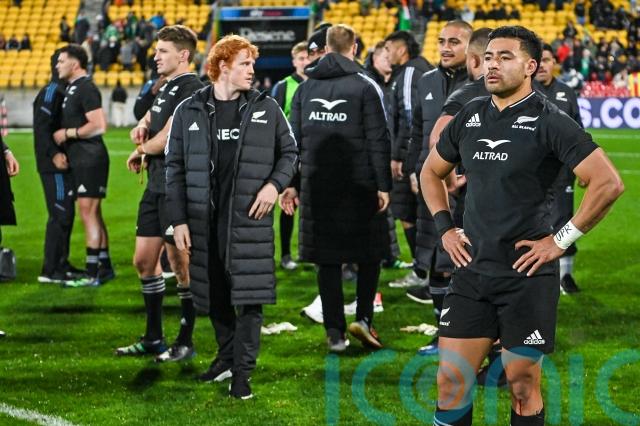 “This is the hardest thing you can do in rugby by a country mile, especially when you take it down to the last game and we know from history that the All Blacks are going to come out firing.”

Ireland had never won away to the three-time world champions before last weekend’s milestone 23-12 victory in Dunedin cancelled out a 42-19 drubbing in the Auckland opener to set up a tantalising climax.

The Irish flew out of the blocks in phenomenal fashion at Sky Stadium to take control before digging in to weather a second-half storm intensified by Andrew Porter’s spell in the sin bin for a sickening head clash which left Kiwi lock Brodie Retallick with a broken cheekbone.

Flanker Peter O’Mahony wept tears of joy at full-time following arguably his nation’s greatest result, which also saw the Irish replace France as the sport’s number one Test side.

Farrell was thrilled with his side’s mental resilience in the face of intense pressure just after the interval.

“We lost game one and our backs were against the wall and, apparently, we were going to feel the full wrath of the All Blacks today,” he said.

“We said that’s the challenge that we wanted and our best 40 minutes of the campaign was in the first half, which says a lot about how they are as a team and where they’re going and the belief that they’ve got. 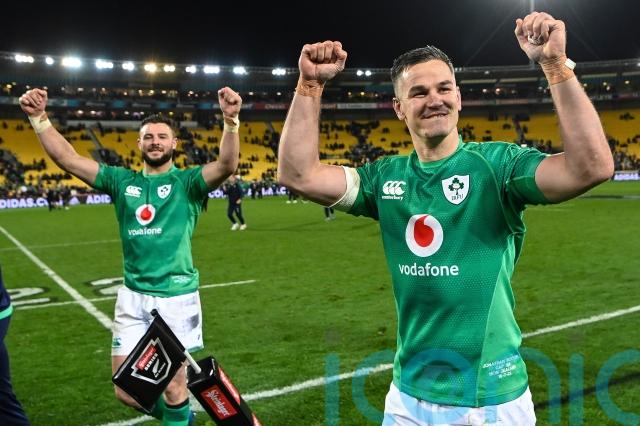 “The most pleasing thing for me by a long stretch was the composure when they came back at us.

“We never got ahead of ourselves when we were in front and we never panicked when they started to come back.”

Captain Johnny Sexton once again led by example and, in the week he turned 37, celebrated another personal milestone.

The influential fly-half contributed 12 crucial points to become only the second man – after Ronan O’Gara – to reach 1,000 in the green jersey.

“It doesn’t get much better than this,” he said. “By saying that, it’s the biggest respect we can give New Zealand.

“The celebrations probably weren’t the most humble but that shows how much it means.

“It is just very, very special and it’s a special group led by Faz (Farrell). It’s great to be a part of.

“I’m sure there’s lots of smiling faces across the country. We speak about it all the time, primarily family at home but also the people of Ireland that we represent. I don’t think they could be much prouder.”

Defeat for New Zealand was their fifth from the past eight meetings between the countries to heap further pressure on under-fire coach Ian Foster.

Foster, who has now lost seven of his 24 games in charge, refused to discuss his future.

“I just want to talk about the Test match,” said the 57-year-old.

“I want to congratulate Ireland on a series win here. They’re a quality rugby team and they’re a big test for us and, at the end of the day, we fell a bit short. Clearly we’ve got a little bit of work to do.”